As the atmosphere warms and dries overhead, well above average high and low temperatures will continue. Many major cities from the Midwest to East Coast and all areas in between are expected to be above 80 degrees—much later in the year that usual. The best rain chances of the week are behind us. 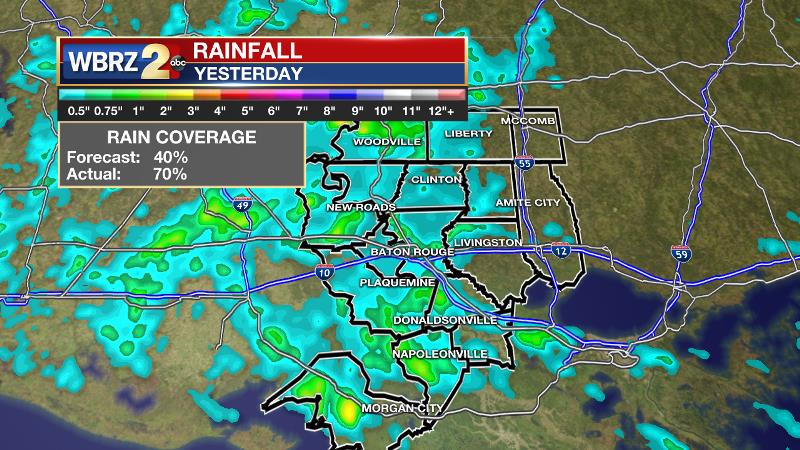 On Monday, a bit more rainfall occurred than expected. 70 percent of the forecast area received measurable rain and it lasted for several hours during the afternoon.

Today and Tonight: Expect much more sunshine compared to previous days. With that, high temperatures will climb into the upper 80s and many weather stations should find 90 degrees. Humidity will create afternoon feels-like temperatures close to 100 degrees. If any showers are able to develop, most should be limited to the coast and highly isolated. Overnight will be mostly clear with lows near 73. 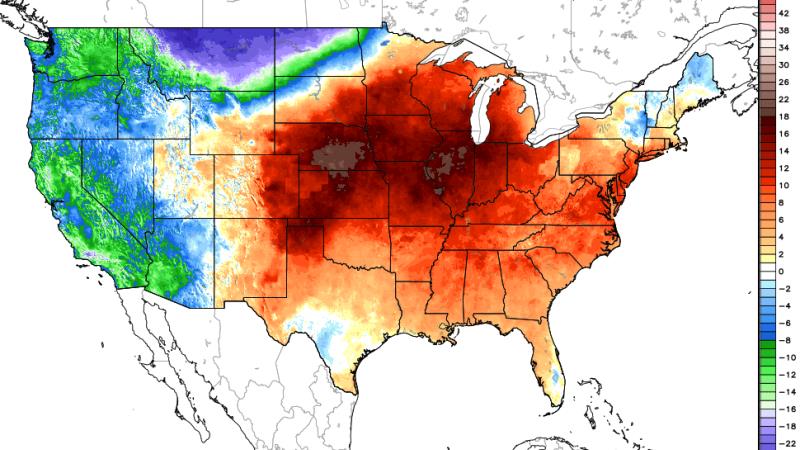 The Tropics: Tropical Storm Leslie is positioned well east of Bermuda, but close enough to create large swells and high surf. With 65mph winds, the storm is moving slowly southwest but a turn to the north is forecast to occur late Wednesday into Thursday, followed by a motion toward the north-northeast on Friday. Leslie is forecast to become a hurricane by Wednesday morning, but will remain out to sea. 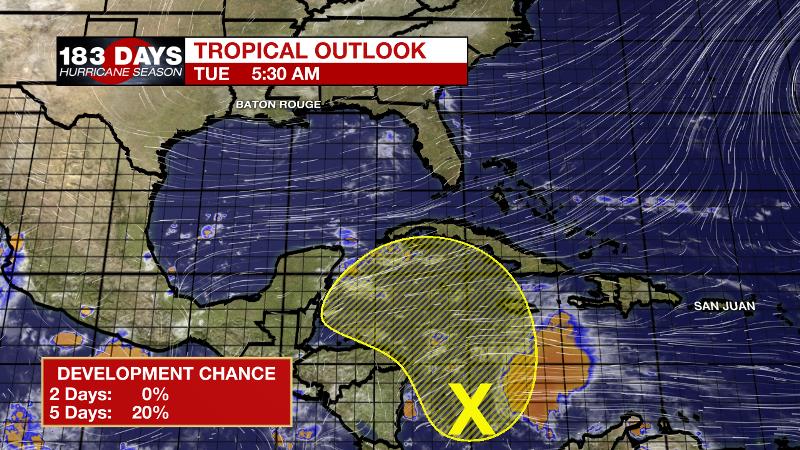 A broad area of low pressure has developed over the southwestern Caribbean Sea a couple hundred miles north of Panama. Shower and thunderstorm activity is limited, and unfavorable upper-level winds are expected to inhibit development over the next couple of days as the low drifts generally northward. By late week and over the weekend, upper-level winds are forecast to become a little more conducive for development when the system will be moving northwestward into the northwestern Caribbean Sea, and development chances have been put at 20 percent.

Rain will become harder to come by each day into the middle of the week as temperatures move up another few degrees. After a very warm September, the southeastern U.S. will once again be dominated by a ridge of high pressure, centered over the local area by Tuesday.

Sept. 2018 was the 5th warmest on record. Data since 1930 @BTRairport; general multi-station "area" records for #BatonRouge back to 1893 make it 10th | #LaWX pic.twitter.com/zuKksXmSd0

With the ridge on top of the region, strong subsidence should lead to convection having a more difficult time developing and with that less cloud cover as well. Expect highs in the upper 80s to near 90 and it would not be surprising to see many locations reach as warm as 92. Records in the mid 90s should not be in danger, as deep easterly flow and abundant moisture in the low levels do not usually allow thermometers to maximize. Additionally, dew point temperatures in the 70s will keep it very humid and hold low temperatures about 10 degrees above average in the low 70s. There will still be abundant moisture and therefore with daytime heating, one or two showers are possible. Needing the sea breeze for lift, the best possibility for this will be near the coast. Further inland the ridge will keep convection down to a minimum. Rain chances may finally start to improve a little at the end of the week as the ridge begins to shift back to the northeast some.