A Forecast for Fireworks and Freedom

As a storm system moves west, showers and thunderstorms will decrease in coverage but still remain scattered for the latter half of the week. Temperatures will not change much. Tuesday’s forecast was good but not great. Though all of the forecast area was pegged to pick up rain, there were a few areas that missed out including northern Wilkinson County and northern Assumption Parish. Generally, less than one inch of rain fell. 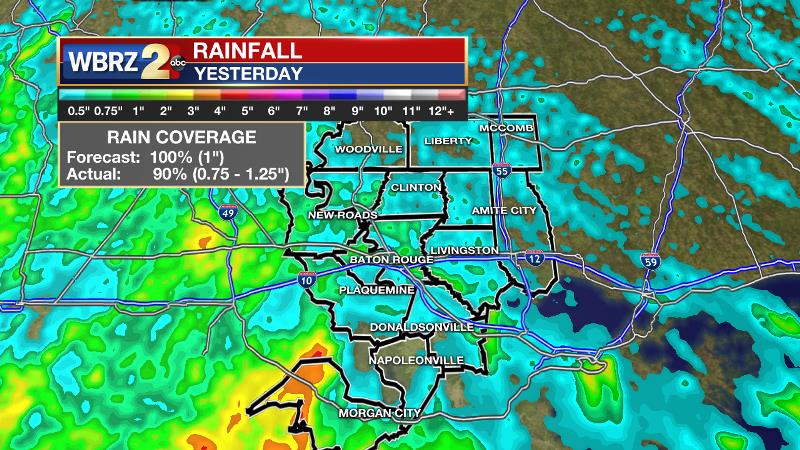 Today and Tonight: Independence Day will be warm and humid with highs near 90 degrees followed by some afternoon rumblers. Rain coverage will be on the order of 40 percent and activity will not be as long-lasting or intense as Tuesday. More typical of summer, the best chance for a shower will come during the afternoon hours. Therefore, outdoor plans remain a go. Just remember to take a break inside if you hear thunder as lightning is close enough to strike. Showers and thunderstorms will begin to ease off during the early evening hours. Should things time out as expected, drier conditions can be anticipated just in time for WBRZ’s Fireworks on the Mississippi. Of course, it will stay warm and muggy out there with temperatures in the low 80s at show time falling into the mid 70s overnight. 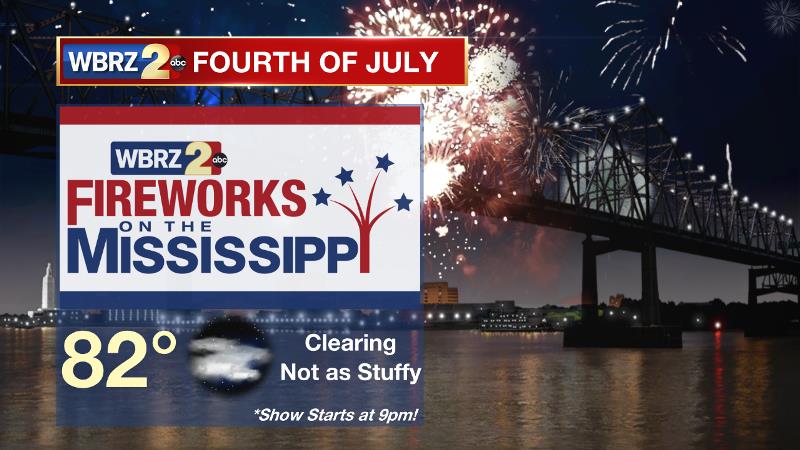 Up Next: Scattered showers and thunderstorms will stay in the forecast for Thursday and perhaps through the weekend. Total rainfall amounts could reach 1-3 inches in areas that receive the most action. Each day should see at least some sun though and highs will peak near 90 degrees. Nightly lows will be in the mid 70s.

The Tropics: An area of cloudiness and showers remains a few hundred miles southeast of Bermuda. Although this disturbance is currently disorganized, environmental conditions could become more conducive for a low pressure system to form by late this week in the area southwest of Bermuda.  The system is then forecast to move generally northward over the weekend and begin interacting with a frontal system on Sunday, which would limit any additional development. There is a 50 percent chance of tropical cyclone formation over the next 5 days. In addition to that, a concentrated area of showers and thunderstorms associated with tropical wave and a small area of low pressure is located several hundred miles southwest of the Cabo Verde Islands. Although satellite images show some signs of organization, the disturbance is moving west northwestward toward an area unfavorable for tropical cyclone formation. 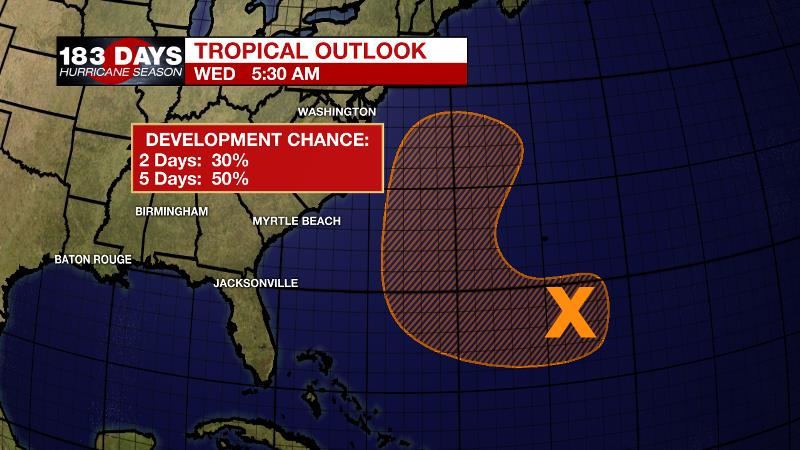 An inverted trough and associated weak surface low pressure system have departed westward into Texas. With those features, the high precipitable water values have also moved away. Still, plenty of moisture and daytime heating will be sufficient for scattered showers and thunderstorms to flare up on Independence Day. Beneath a broad ridge in the Eastern U.S., the local area will continue to have weak vorticity maxima and inverted troughs move overhead. As these disturbances push through, rain coverage will ebb and flow a bit each day. The more active times will come as the disturbances are nearby and those days currently look to be Thursday and the weekend. On the more active days, highs may stop shy of 90 degrees, going just a little warmer on the quieter days. Lows will remain in the mid 70s. Total one week rainfall should be on the order of 1-3 inches with locally higher amounts.