PLAQUEMINE - A steam engine of exceptional size with an equally exceptional place in history passed through south Louisiana this week.

According to Union Pacific Railroad, "Big Boy No. 4014" rolled through Plaquemine Friday morning.

A crowd of onlookers showed up for the locomotive's stop and took pictures of the steam engine. 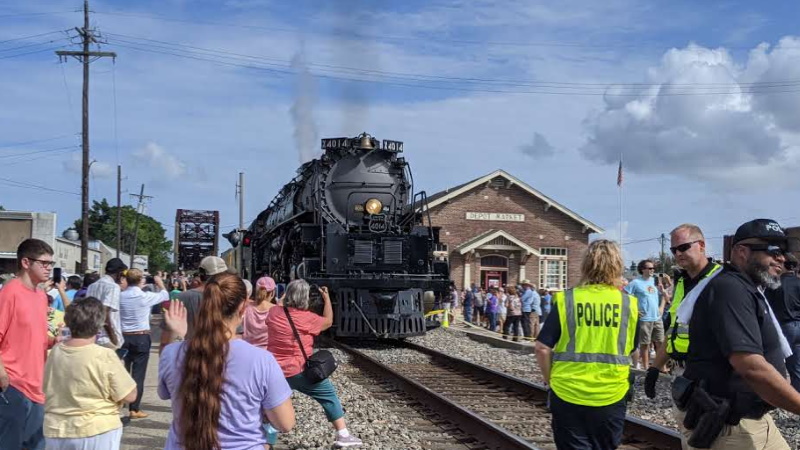 The Union Pacific steam locomotive was developed in the 1940's and designed to travel across mountainous terrain while transporting equipment in support of World War II.

According to Nola.com, Big Boy 4014 was one of 25, but is now the lone member of its kind still in operation.

Seven others are on display in various locations throughout the U.S.

The beast of a locomotive is in the midst of a 10-state tour, and its Louisiana stops also include Lake Charles, Kinder, and Opelousas.