After another hot and mainly dry day, heat will expanded yet again over the region as a weak cold front fizzles out during the next 12 to 24 hours. A ridge replaces the front, any chance for precipitation looks slim while thermostats rise into the mid 90s Sunday through Tuesday.
The next 72 hours expect every day to be much like the last. Dry and HOT! Daytime highs nearing the mid 90s making a 5 to 7 temperature difference from the normal 89 high we see for early June. 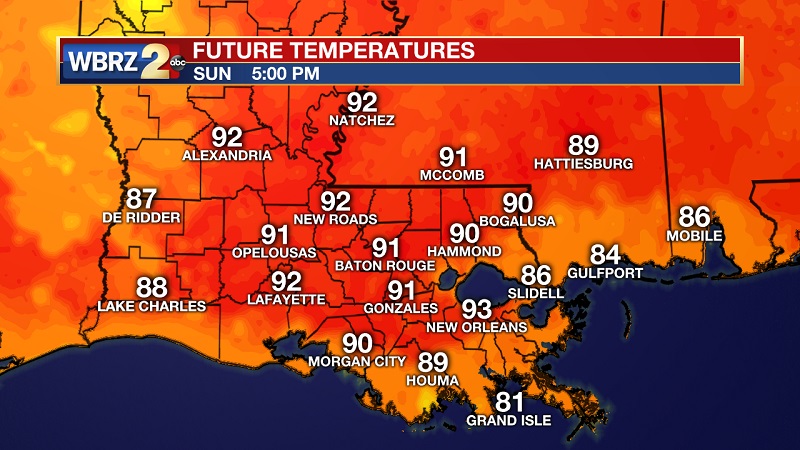 Hydrate, protect yourself from the sun, and don’t forget about your outdoor pets and sensitive plants...lots of shade and water!
By Thursday, precipitation has a better chance of development as the strong ridge moves slightly east.
2019 Hurricane Season
Today, June 1 is the start of the Atlantic hurricane season.
NOAA predicts a near normal 2019 Atlantic Hurricane Season. El Niño and warmer than average Atlantic shape this season’s activity.
9-15 named storms (winds of 39mph or higher)
4-8 could become hurricanes (winds of 74mph or higher)
2-4 major hurricanes (category 3, 4, 5; winds 111mph or higher)
Hurricane season ends November 30th. 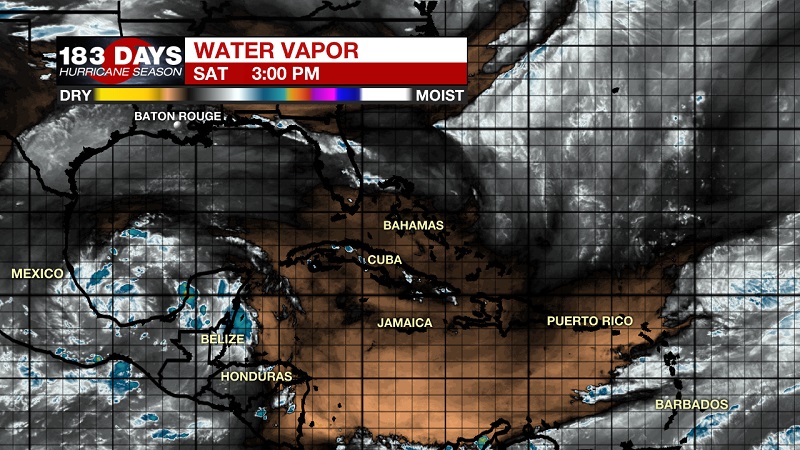 As of this afternoon, a low pressure system located over the southern Bay of Campeche has become a little better defined.  The associated showers and thunderstorms remain disorganized and is expected to slowly move west-northwestward toward the coast of Mexico.  It could become a tropical cyclone before it moves inland early next week.  Regardless of development, this system is likely to produce heavy rainfall over portions of southern and eastern Mexico during the next few days. No threat to Louisiana expected.
Report a Typo