Today and Tonight: Finally, no fog this morning! Temperatures are also a little cooler, as we are experiencing morning temperatures in the mid-50s to start off your Friday. The broken cold front that passed to our south last night is stalling just offshore, but will rebound late tonight. Highs will be cooler because we are behind the frontal system, as they will peak near 69° with 10 mph winds out of the east. Some light showers will likely develop along the I-55 corridor after 5 PM, with spotty showers possible after 10 PM across the capital area. This is associated with the returning warm front that will be pulled onshore by an approaching low pressure system. Overnight lows will drop to 61° with easterly winds between 5 and 10 mph. 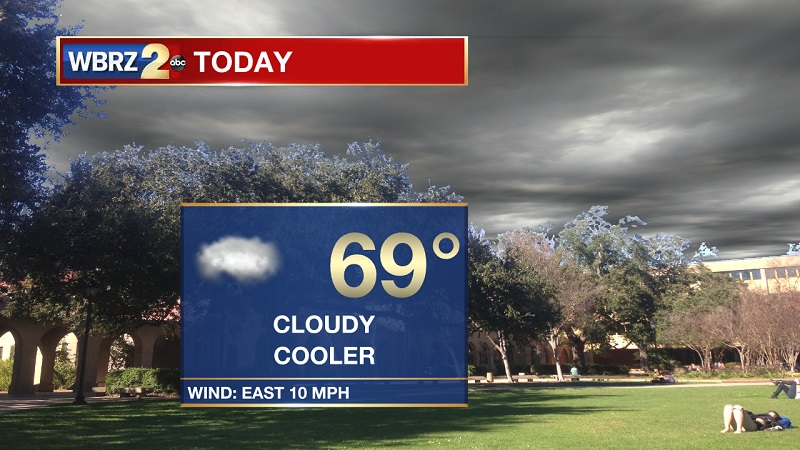 Up Next:  Light showers return on Saturday, before sunny skies and much cooler conditions settle in through the beginning part of the workweek. Rain chances increase late in the week, with the potential for strong to severe storms as we approach the weekend. 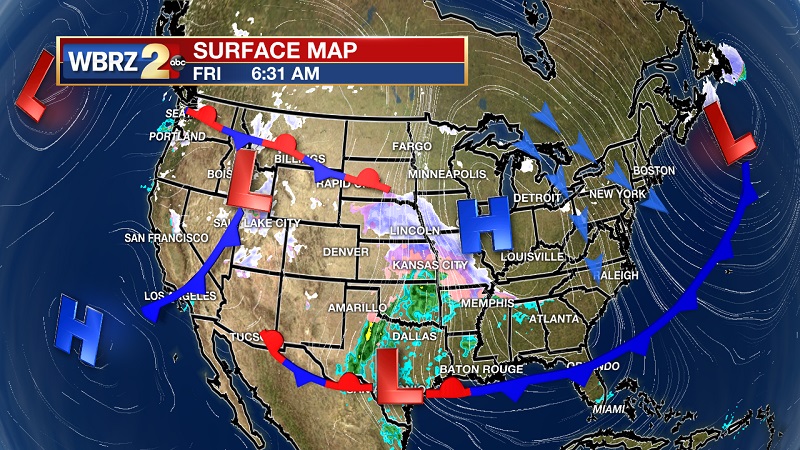 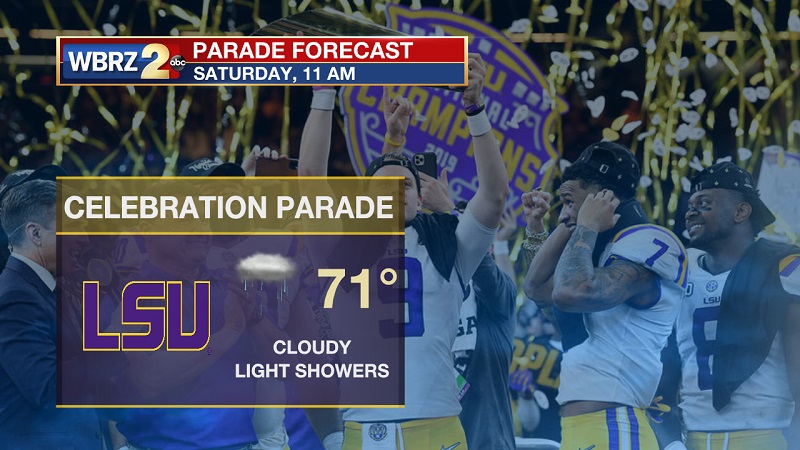 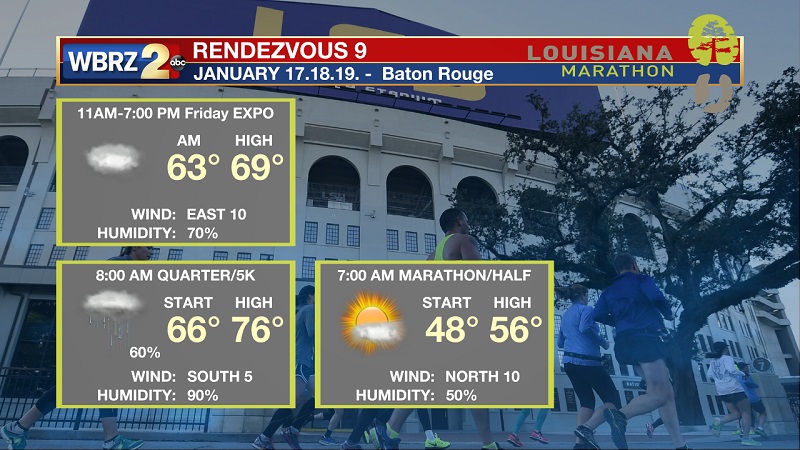 The front that brought some pockets of showers from north to south Thursday evening has pressed into the northern Gulf of Mexico, but has not made it too far offshore. It will rebound as a warm front late tonight into the early morning hours on Saturday, which will increase the chance of showers tonight along with a brief return to onshore flow late today through midday on Saturday. A strong surface low pressure system over the Great Lakes will move eastward into New England through the weekend which will pull a much stronger cold front through our area Saturday afternoon and evening. Most of the rainfall should stay relatively light since the cold front will follow closely behind its associated warm front. A surface high pressure over the eastern Dakotas and a longwave upper trough will result in dry conditions and below normal temperatures through the beginning of the week. Due to multiple weeks of well above average temperatures, some vegetation has greened up, so the National Weather Service will be visiting the possibility of issuing a freeze warning for Monday and Tuesday mornings. This will likely be for areas north of Donaldsonville to Pascagoula. The surface high will push to our east, which will return southerly winds to our area and warming temperatures back near average on Thursday. A potentially strong system could bring heavy rain and strong to severe storms late next week, as a strong upper level trough digs through the plains.