Lafourche stands out as the Parish with the leading number of outages, where over 22,000 remain in the dark.

Most of East Baton Rouge (EBR) Parish has power, with the exception of about 76 customers.

But on Thursday morning, many EBR residents face yet another storm-related challenge. After Hurricane Ida's impact on the area, Nicholas brought more flooding to the region Wednesday.

Parts of the LSU area were so inundated by water that some residents were spotted using boats to access streets such as East Boyd Drive. (pictured below) 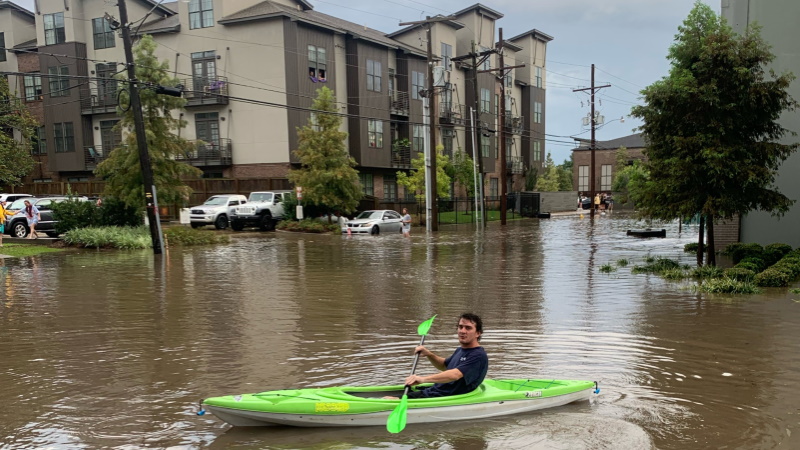 Homeowners in the Kenilworth area also saw extensive flooding Wednesday (pictured below), many of these individuals wearied after experiencing similar flooding in May of 2016. 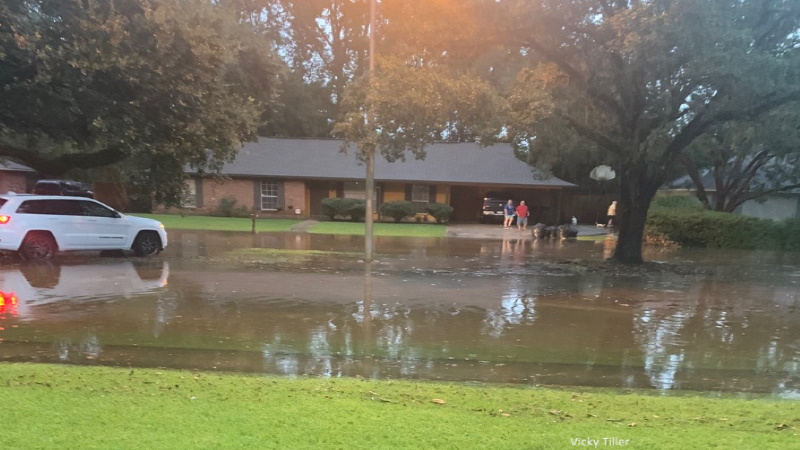 On Thursday, Nicholas continues to have an effect on Baton Rouge and surrounding areas. Meteorologists say the potential of more rain continues and a Flash Flood Watch remains in effect for all local parishes except for Amite, East Feliciana, Pike, Pointe Coupee and West Feliciana.

Here is what it feels like this morning, with a look at satellite and radar. Your forecast, @WBRZ | #LaWX #MsWX pic.twitter.com/9iCQd0bROK

In addition to weather updates, stay up-to-date on traffic conditions throughout the morning by watching WBRZ’s traffic reports on 2une In on WBRZ Plus from 5 a.m. until 9 a.m. and during the remainder of the day, traffic advisories are tweeted via @WBRZTraffic.