The region remains under a Flash Flood Watch until Wednesday evening and weather experts say an additional one to three inches of rain may fall in the Baton Rouge area.

According to Channel 2 meteorologist Marisa Nuzzo, though caution is advisable, the worst of the rain is likely over.

MORE RAIN is on the way, but only a few heavy downpours. Please stay off flooded roadways.
Video: https://t.co/DbDaKJS8ng pic.twitter.com/2YfbGh3WBo

This weather update, along with an outage report that highlights a severe reduction in area outages, is likely a relief to many in EBR. According to Entergy, as of Wednesday morning, just over 500 are without power in the parish.

This is a far cry from the thousands of outages reported Tuesday morning.

During the widespread flooding, Entergy Louisiana released a statement, assuring locals that Entergy crews were working as quickly as possible to repair outages.

While widespread power restoration is a relief to many locals, flooded roadways are yet another area of concern.

Total Traffic and Weather Network reports that though LA 42 Westbound (Burbank Drive) at Highland Road/Siegen Lane is passable, there is high water in the area. So, drivers should use caution while traversing the area, or take another route. 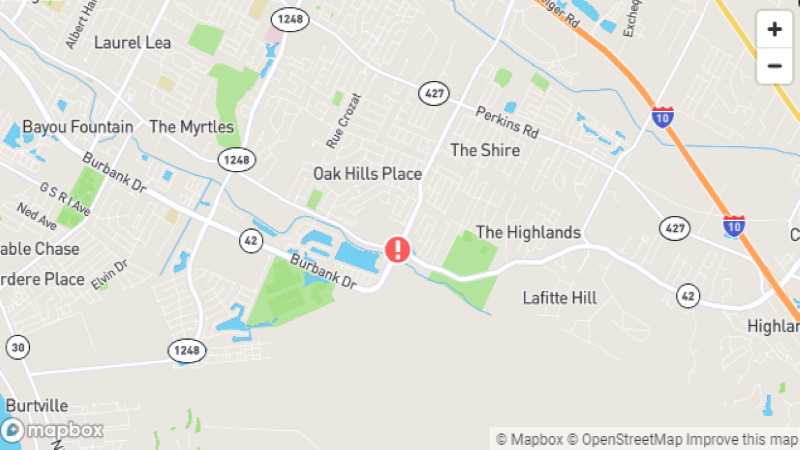 In Ascension Parish, numerous roadways remain closed due to flooding on Wednesday morning.

One closure is Prairieville's Old Perkins (La 427) at Bayou Manchac, as pictured in the Total Traffic map below. 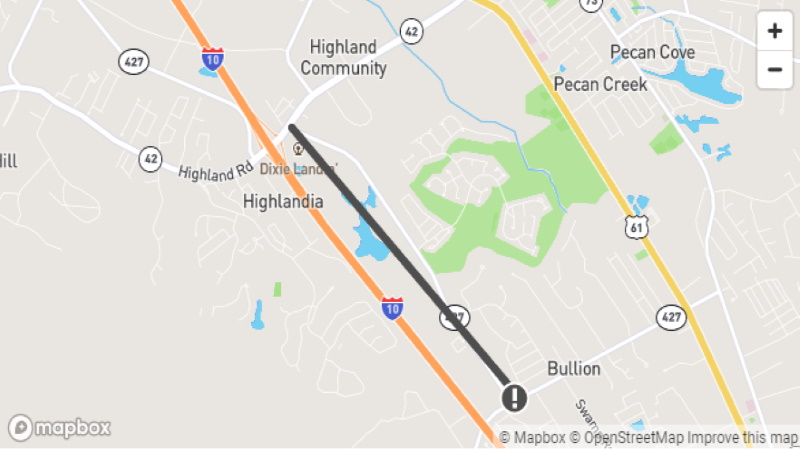 Officials with the Ascension Parish Sheriff's Office took to social media to list the many other roadways that remain closed Wednesday morning.