The 2021 hurricane season predicted to have above-normal activity

Colorado State University is predicting another year of above normal tropical activity in the Atlantic Basin.

Dr. Philip Klotzbach and the research team cited an absence of El Niño and the potential for weak La Niña conditions to continue through summer and fall.

La Niña is a pattern, which favors much more activity in the Atlantic Basin during hurricane season. During La Niña, trade winds weaken over the Atlantic Ocean creating a supportive environment for tropical cyclone formation.

The experts at Colorado State University anticipate a nearly 70% chance of a major hurricane landfall in the continental United States. 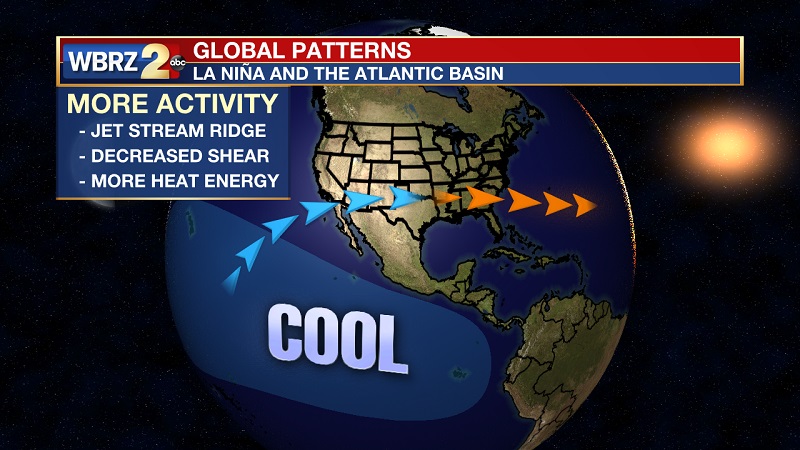 As defined by the National Oceanic and Atmospheric Administration (NOAA), El Niño and La Niña are the warm and cool phases of a recurring climate pattern across the tropical Pacific—the El Niño-Southern Oscillation, or “ENSO” for short. Keep in mind that El Niño and La Niña do not “cause” any one specific weather event; rather the two phases of ENSO influence change in global climate patterns that then increase the likelihood of specific weather events.  Once again, ENSO is not “to blame” for any one storm system, temperature anomaly or hurricane.

The forecast is based on an extended-range early April statistical prediction scheme that was developed using 38 years of past data. These seasonal forecasts were originally developed by the late Dr. William Gray, who was lead author on these predictions for over 20 years and continued as a co-author until his death in 2018. You can review the entire prediction, the scientific explanation and the reason such a forecast is made, RIGHT HERE. Seasonal updates are issued on June 1 and August 3.

The researchers at Colorado State University and the WBRZ Weather Team remind that “it only takes one hurricane making landfall to make it an active season for you,” so prepare accordingly. NOAA’s official outlook is expected in Late May. For more on the season ahead and preparedness, visit wbrz.com/weather and click on the hurricane center. 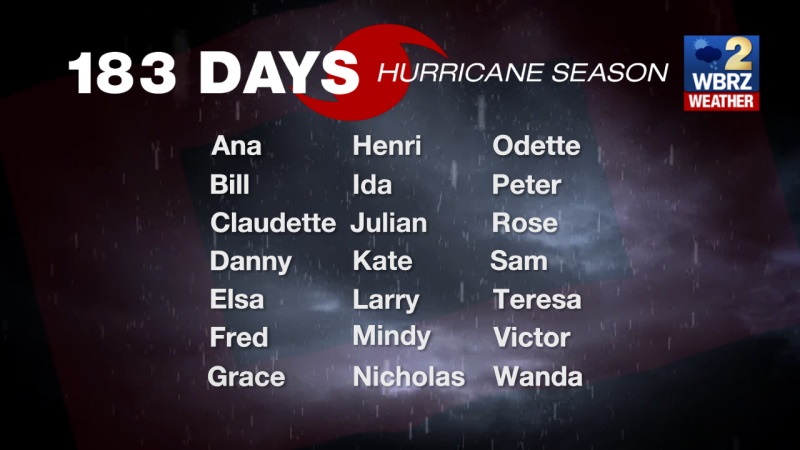