NOAA expects La Nina to develop by fall or winter

While the top line of a La Niña pattern usually steers conversation toward the tropics, as of late July, there may be a more pressing question for Gulf Coast residents. Will the wet weather pattern ever let up? 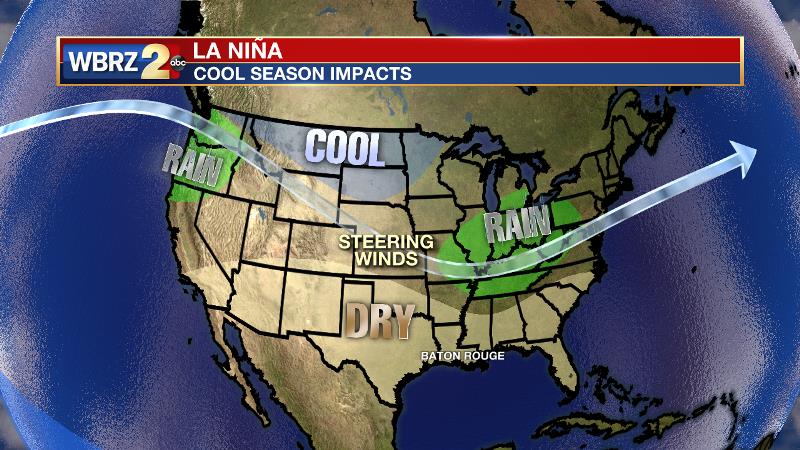 So will the daily showers and thunderstorms take a break? There are a few factors making a quieter pattern more likely. First, late summer and fall tend to be the driest time of the year across Louisiana, Mississippi and the central Gulf Coast. By September and October, the atmosphere is rather warm and much more stable than spring and early summer, which makes it more difficult for daytime warming and the sea breeze to dictate weather.  Second, the development of a La Niña pattern favors drier conditions along the central Gulf Coast. When firmly in control, La Niña usually causes the steering currents for significant storm systems to move north and east of Louisiana.

The local forecast also suggests some drier time is in sight within the next 7 days. CLICK HERE to read your Baton Rouge Area weather blog, updated twice daily by our team of meteorologists. 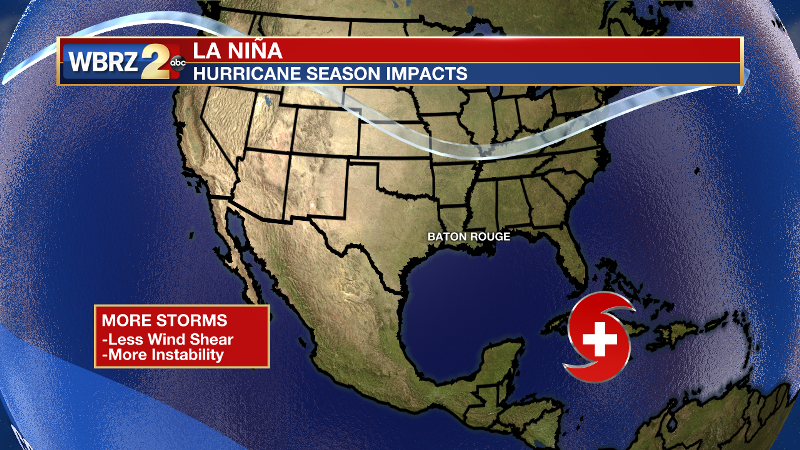 To those looking to sneak in a mow of the lawn or wanting an uninterrupted weekend afternoon, be patient. La Niña is a notorious driver of increased tropical activity in the Atlantic Basin as well. Many of the busiest years on record, including 2020, occurred when a La Niña pattern was in place.

At this time, the Climate Prediction Center has a 66% chance of La Niña developing during the September to November time period. The experts cite a “model” consensus and the fact that 2020 was a full cool season of La Niña, which is typically prevalent for two consecutive winters.