SHREVEPORT, La.  - A Louisiana man and his cousin were arrested on Saturday (Jan. 16) after officials discovered that they entered the U.S. Capitol with other rioters on Jan. 6

The United States District Court for the District of Columbia filed a criminal complaint against Louisiana resident Cody Connell, after he claimed to have breached the Capitol, according to the FBI’s Statement of Facts.

An unknown individual provided law enforcement with information regarding Connell messaging another user on Facebook saying, “I have more videos of us breaching the Capitol but not gonna post them. We will be back and it will be a lot worse than yesterday!” 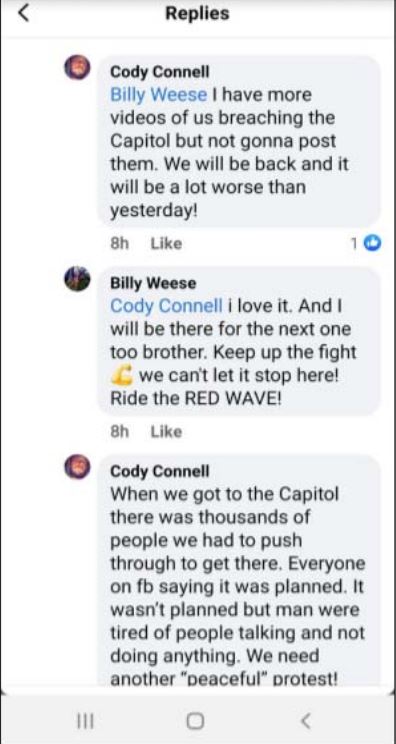 The Facebook profile picture for Connell matched a driver’s license photograph from the Louisiana’s Department of Motor Vehicles. Through further investigation officials found Connell's plans to travel from Louisiana to Washington, D.C. on Jan. 6 when he stated on social media to “Join President Donald J. Trump at the Save America March” and added the message “Definitely gonna be an experience,” on Jan. 5.

The morning of Jan. 6, Connell posted a video of himself and his cousin, Daniel Adams, walking in Washington, D.C. with the Washington Monument in sight.

Law enforcement confirmed the identity of Adams  by conducting a search of Texas’s Department of Motor Vehicles. You can view Adams' photo below. 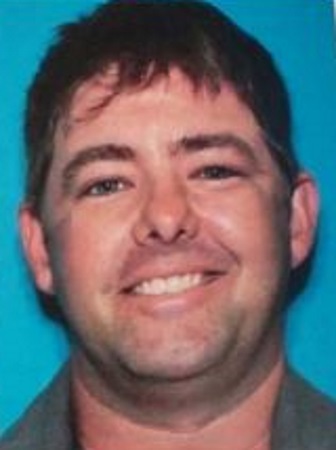 Officials say that they believe Connell was planning to return to Washington, D.C. sometime during the week of the presidential inauguration .

A witness also told officials that Connell allegedly talked with individuals from Texas about purchasing long-rifle firearms, ammunition and body armor to bring with them.

The witness also said that Connell expressed that he would not return to Louisiana unless he was in a body bag.

Adams and Connell face charges of assaulting a federal officer, obstructing law enforcement engaged in official duties incident to civil disorder, knowingly entering or remaining in any restricted building or grounds without lawful authority and violent entry and disorderly conduct on Capitol grounds.