BATON ROUGE - The father of a 2-year-old killed in a shooting rampage last week says a GoFundMe account asking for money on his son's behalf was not authorized.

On Tuesday, Vince Hutchinson Jr. took to social media to warn others against donating to the fundraiser purporting to raise money for Azariah Thomas' memorial fund. Hutchinson said the person who launched the account was not authorized to do so by either parent.

"Its sad that we have cold hearted people in this world that would want to benefit from the death of a 2 year old," Hutchinson's post read in part. 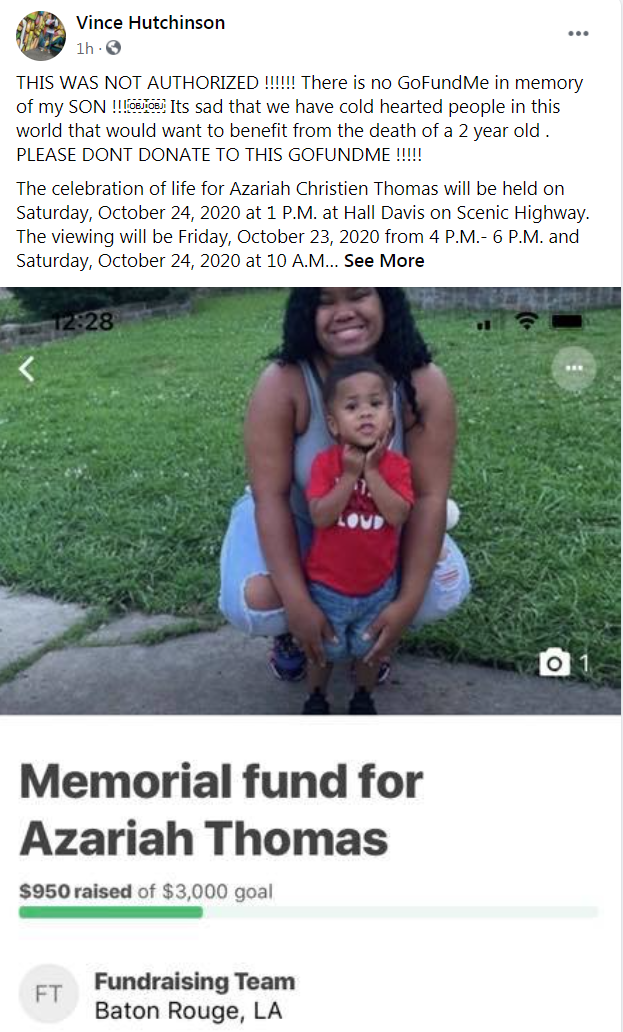 You can read more on how you can legitimately donate to Azariah's family here.