Tonight and Tomorrow:  A stray shower remains possible this evening, especially along the coast and locations west of Baton Rouge. Otherwise, most of us will begin to dry out. Expect clearing skies overnight with lows in the mid 60s. Monday, the sunshine will return with highs in the low 80s. 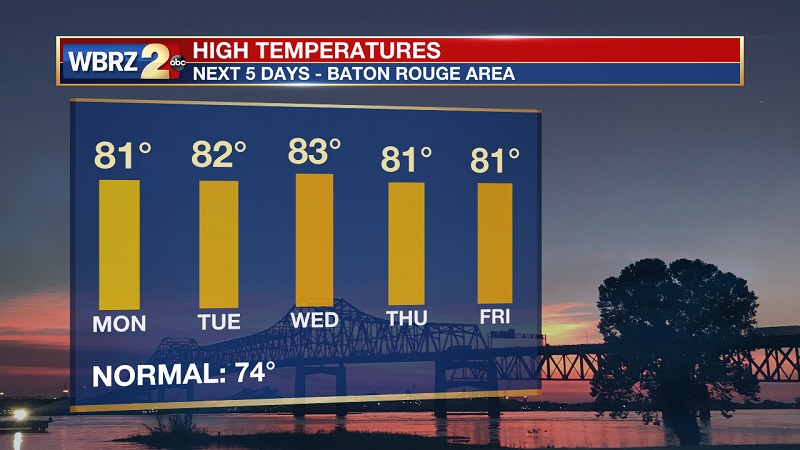 Looking Ahead: Our pattern remains fairly quiet as we continue to watch Eta. Temperatures will be running above average all week long. A weak front will slide its way towards Louisiana late Tuesday, into Wednesday, which could deliver a slight rain chance, but is not expected to be strong enough to bring much of a change in temperatures. Another cold front may arrive next weekend, but this one does not show a significant drop in temperatures either, unfortunately. 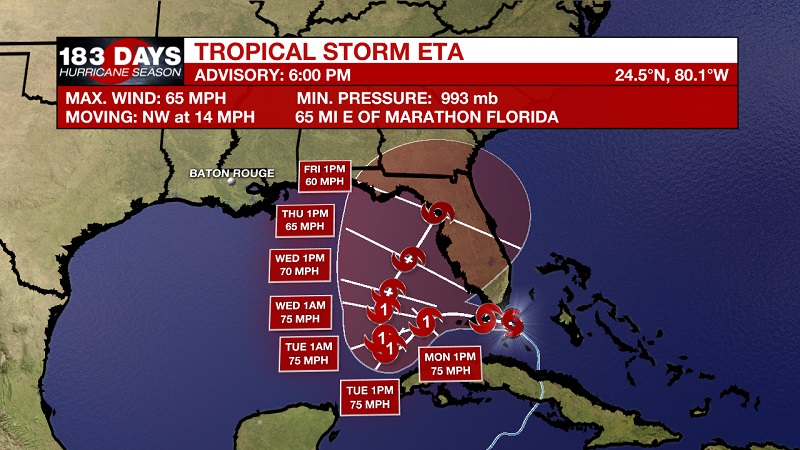 Tropical Storm Eta is forecast to track over the Florida Keys tonight, into Monday as a strong tropical storm. As the storm continues to track west, it is forecast to re-gain hurricane strength. Due to weak steering currents, Eta will begin to slow down on Tuesday and essentially meander in the far southeastern Gulf of Mexico. This will bring days of squally weather across parts of Florida. As of now, Eta remains a low concern for our local area. 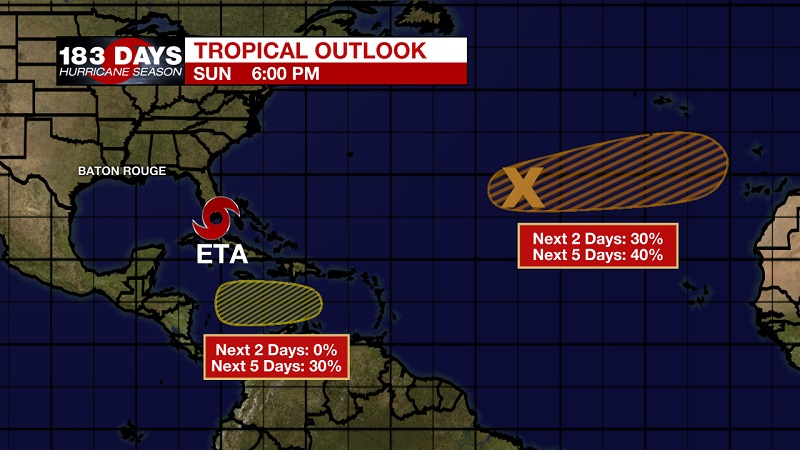 Elsewhere in the tropics, we are tracking two other features. A tropical wave in the eastern Caribbean has a low chance of development over the next few days, but as it tracks westward, it will run into a more favorable environment. There is also a disturbance located southwest of the Azores that could become a subtropical depression or storm by the end of the week ahead. If we were to get another named storm, it would be the 29th named storm this season, breaking the previous record set back in 2005.