Seven of the nine students were booked on hazing charges Thursday, with Blake Chalin and Shakti Gilotra being booked Friday morning. All nine of them bonded out of jail by Friday evening.

The fraternity involved is Delta Kappa Epsilon, which was removed from campus in January.

The alleged "initiations" the fraternity members put pledges through in the months leading up to the frat's closing were elaborate and disturbing, according to police affidavits.

Some victims claimed they were forced to lie on broken glass while they were urinated on and sprayed with hoses. Another pledge claimed he was forced to sit in an ice machine filled with water and ice for more than half an hour, fearing he'd be beaten if he got out.

Other allegations included claims that members tried to burn pledges with cigarettes, struck them with a lead pipe, kicked them with steel-toe boots, poured gasoline on them and made them drink alcohol to the point of vomiting.

In addition to the hazing accusations, some of the implicated members allegedly instructed pledges to steal tarps from a construction site and shoplift bed sheets from Walmart. The tarps were reportedly used to make a tunnel for the group's "jungle fever" party and the bed sheets were used to make the fraternity's infamous banners it hung during LSU football games.

You can read the full list of charges below. 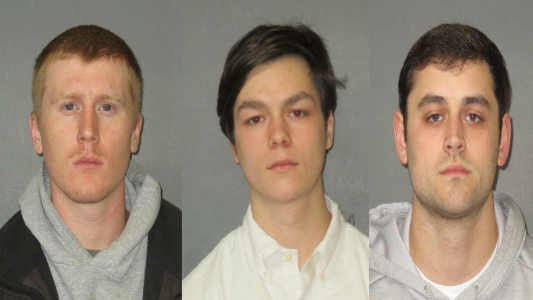 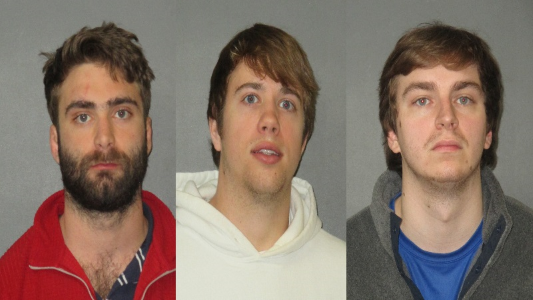 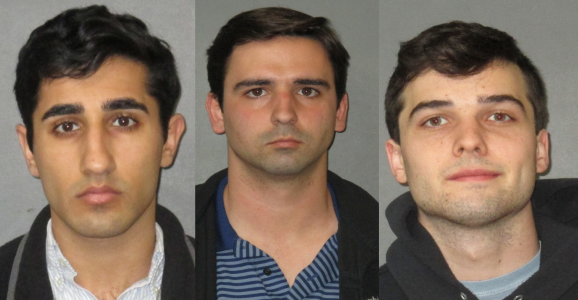 “We can confirm that nine members of the LSU chapter of Delta Kappa Epsilon, or DKE, have been arrested and booked into East Baton Rouge Parish Prison for hazing-related activities that are alleged to have taken place in the fall of 2018. This type of behavior is unacceptable and at complete odds with what we expect from our students. It does not belong at LSU.

This is a sad day for the university, but one that illustrates the cultural shift occurring at LSU. The quick action by the national DKE organization by revoking the chapter’s charter and the cooperation of several witnesses in this investigation demonstrate a growing recognition that hazing and other harmful activities cannot be tolerated. The LSU Police were dutifully informed of the incidents by the national organization and initiated the investigation, which concludes with today’s arrests.

We continue to seek the support of more alumni groups and national organizations to be actively involved in helping to change the culture and prevent this type of behavior from occurring in the future.”