July 2021 was the Earth's hottest month on record

July 2021 has earned the title of the world's hottest month ever recorded, according to new data released by NOAA's National Centers for Environmental Information.

NOAA Administrator Rick Spinrad, Ph.D said, "July is typically the world's warmest month of the year, but July 2021 outdid itself as the hottest July and month ever recorded." 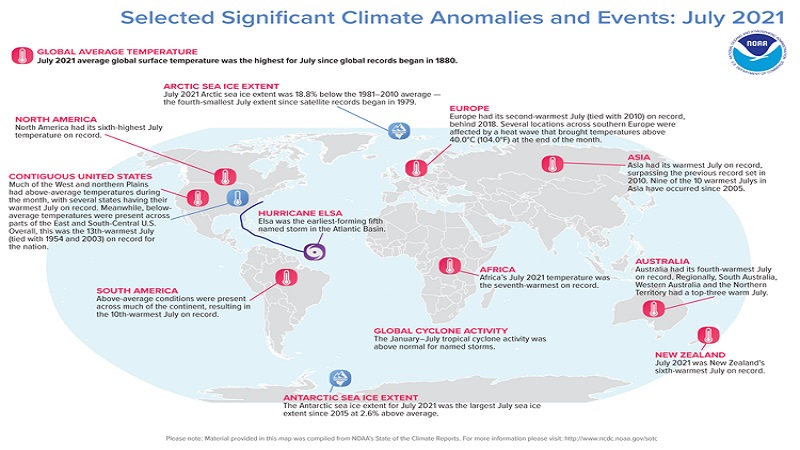 Above graphic shows other climate extremes that occurred during July 2021

Here's a look at some of the stats:

Not only were temperatures above average, the tropics were also more active than what is considered average for July. Hurricane Elsa, which made landfall in Florida, was the earliest 5th named storm on record in the Atlantic.