Could not have predicted this, even with a look into your Cristobal

Though unspectacular by tropical storm standards, Cristobal will have a place in the record books. However, the two records this storm may hold are not for any particularly high impact weather.

First, after being named on Tuesday, June 2, Cristobal became the earliest third named storm on record. The previous, earliest “C” name was Colin, which formed on June 5, 2016. In case you are wondering, the earliest “D” storm was Danielle on June 18, 2016. The “D” name for 2020 is Dolly.

Second, should Cristobal remain a post-tropical low on the final projected path from the National Hurricane Center, it could become the farthest north and west extra tropical system with records dating back to 1842! While not yet official, if the circulation can survive into southern Wisconsin it will set the new benchmark for an inland storm. 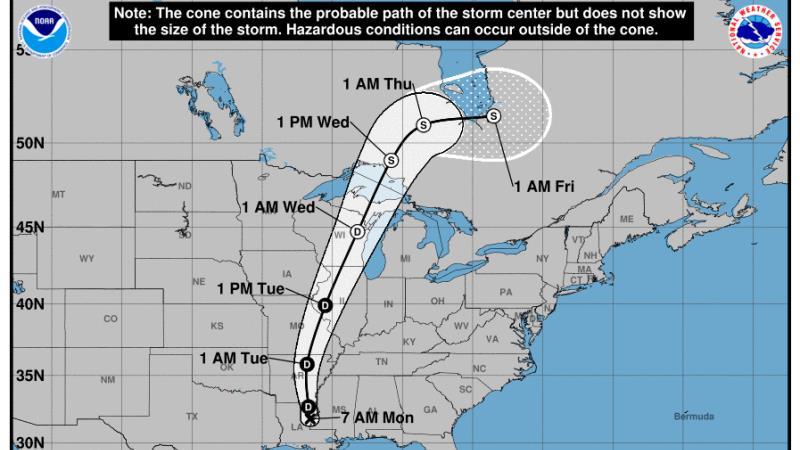 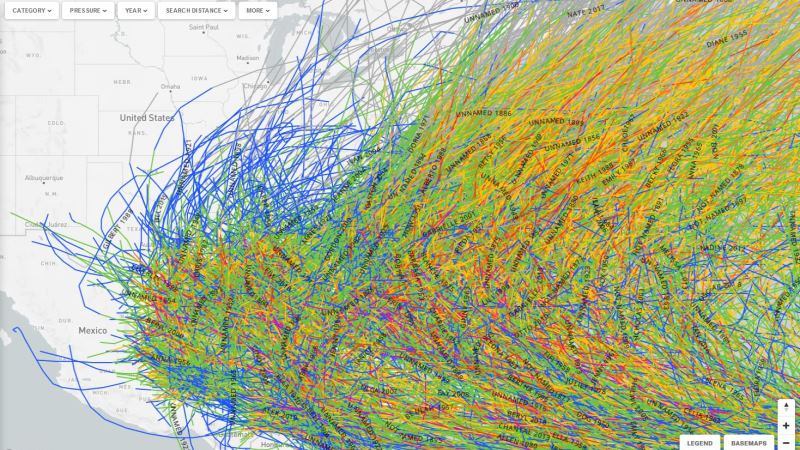 All tropical systems on record since 1942, per coast.noaa.gov

All of this seems unsurprising for a storm that came from such unusual beginnings. A product of the Central American Gyre (CAG), recently detailed by Meteorologist Jake Dalton on wbrz.com, this system was formerly Tropical Storm Amanda in the Eastern Pacific Ocean.  After a landfall in Central America, the storm drifted over land for days, and then reemerged in the Gulf of Mexico and became Tropical Depression #3 on June 1 and then Tropical Storm Cristobal on June 2. Shortly after being named, Cristobal made landfall in southeastern Mexico on June 3 and was marooned inland for over two days days, dumping 15-20 inches of rain. In yet another meteorological feat, the weak system retained enough of its tropical characteristics during that extended period over land to make it into the southern Gulf of Mexico and regain tropical storm status on June 5. From there, the lopsided storm, marred by dry air on the west, raced north through the Gulf of Mexico and made a final landfall near Grand Isle, Louisiana two days later on June 7.

??DID YOU KNOW?
Cristobal was originally named Amanda in the Pacific. Amanda made landfall in Central America and eventually entered the Atlantic. It was able to strengthen AGAIN into a TS and was renamed. Cristobal made landfall in Mexico and made landfall again in Louisiana! pic.twitter.com/pFOFnCLFUW

Why was it given a new name? Since the low-level circulation of Amanda fully dissipated over land, this marked the official end of that storm. However, the remnant upper level circulation, related to the CAG, translated over the Bay of Campeche allowing meteorologists to connect it to the former Tropical Storm Amanda.

We are just getting started with Hurricane Season 2020. The WBRZ Weather Team is here for you, on every platform. Your weather updates can be found on News 2, wbrz.com, and the WBRZ WX App on your Apple or Android device. Follow WBRZ Weather on Facebook and Twitter for even more weather updates while you are on the go.