ST. GABRIEL- Bond has been set for an Iberville Parish deputy arrested for allegedly filming the rape of a one-year-old boy.

Sources tell WBRZ the bond for 42-year-old Shaderick Jones, who allegedly incited the incident, is set at $465,000. Bond for Iyeshesa Todd, the woman accused of performing the sex acts, is set at  $435,000.

The setting of their bond amounts comes just days after police revealed disturbing new details in the investigation.

According to police, Jones threw his phone into the Mississippi River before his arrest in an attempt to get rid of evidence. Investigators say the video linking Jones to the assault had already been shared and that he allegedly had numerous more videos of similar encounters saved to his phone.

"We found out that Iyeshesa Todd was the person in the video who is performing oral sex on a one-year-old infant," Ambeau said.

Police said Jones went to the woman's home because he had a warrant out for her arrest for a traffic violation. The mother told authorities Jones came to “wheel and deal,” and she was afraid to go to jail. She said Jones blackmailed her into the act, with him allegedly telling her one of his fantasies was “to have an adult give head to a baby."

"The child's mother alleged that she was coerced to perform oral sex because she had a traffic warrant for her, she said, Mr. Jones coerced her to perform the act on the child, he said that was his fantasy," Ambeau said.

According to Ambeau, a third party female brought the 2-minute video to the police station Friday. She alleged the video was sent to her via Facebook. Authorities say the video was recorded at 4:38 p.m. Thursday at the child’s house. GPS from the deputy’s unit confirmed Jones was at the house during that time of the abuse.

Ambeau says in all his years as the chief he has never seen anything like this.

"In my 16 years as the chief of police, I have not seen anything more disgusting and sickening in my life," Ambeau said.

As of right now, the child is in the care of a relative. 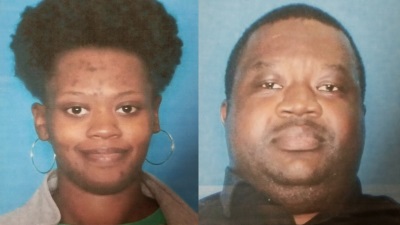 Jones had worked for the Iberville Parish Sheriff's Office since 2015 and was terminated immediately after the arrest.