BATON ROUGE - Local high school students who were on a trip to Italy when the coronavirus began spreading rapidly through the country will be kept out of school for another two weeks.

St. Joseph's Academy announced Monday that the small group of students who went on the trip won't be allowed back in class until two weeks after they return to Baton Rouge.

Though the school said last week the students didn't go near any areas in the country affected by the virus and would be allowed back immediately. However, the school said in its new statement it was keeping them out of class for 14 days "out of an abundance of caution."

“The itinerary changed to keep them in southern Italy and away from any known areas of the disease breakout,” St. Joseph’s Academy Communications Director Mandy Averitt said. “With all travel opportunities for our girls, their safety is our primary concern, and this epidemic is unprecedented.”

Hundreds of people in Italy have been infected with the virus, with roughly a dozen deaths reported there. The CDC says Italy is currently under a level-three travel advisory, meaning people should avoid all non-essential trips to the country.

You can read the full statement sent to parents from the school below. 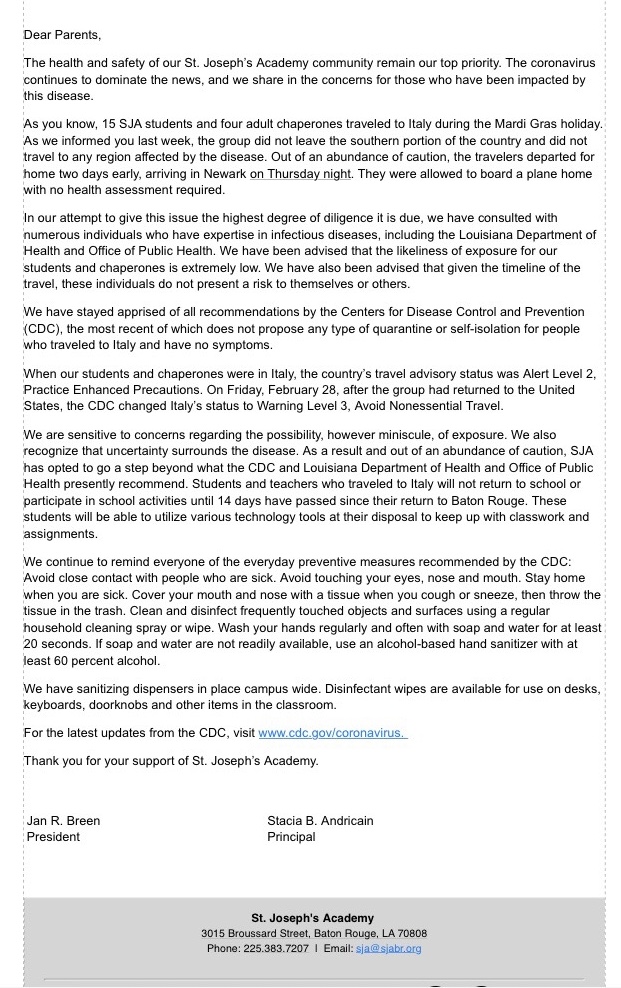