2021 was a busy, record-breaking year for weather

The United States was hit with 20 billion-dollar weather and climate disasters in 2021. An estimated 688 lives were lost and $145 billion in damage was done, exceeding all of the disasters in 2020.

Since 1980, there were on average 7 billion-dollar disasters in the United States each year. 2021 far exceeded the average, as well as in 2020 with a record-breaking 22 billion-dollar weather disasters. 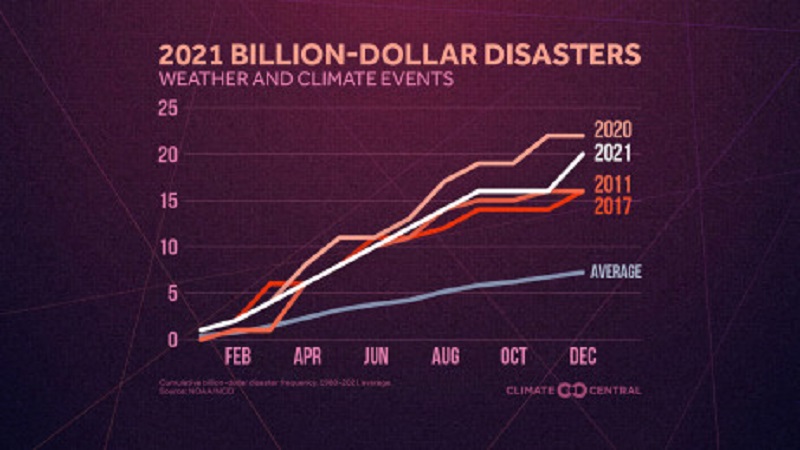 The most costly and deadly disasters of 2021 include the widespread freeze and ice storm in February, summer heatwave in the Pacific Northwest, and of course Hurricane Ida's devastation here in south Louisiana and flooding in the Northeast.

Not only was 2021 a record-breaking year for disasters in the U.S., but was also the 4th hottest year on record according to NOAA.

In fact, summer 2021 was the warmest on record. December 2021 was also the hottest December on record in the U.S., with temperatures 6.7 degrees above average!


To read the full article and data from Climate Central, CLICK HERE.