The two hour launch window begins at 1:57 PM CT and can be viewed here

It is set to take off from Space Launch Complex-41 at Cape Canaveral Air Force Station in Florida in order to launch the sixth and final spacecraft in the Lockheed Martin-built Advanced Extremely High Frequency (AEHF) series for the U.S. Space Force Space and Missile Systems Center. This will provide protected communication for military forces in all levels of conflict including nuclear war. The system features encryption, low probability of intercept and detection, jammer resistance, and the ability to penetrate the electro-magnetic interference caused by nuclear weapons to route communications to users on land, at sea, or in the air. The AEHF-6 will be placed in a high-energy geosynchronous transfer orbit, maximizing mission flexibility over the satellite’s lifetime. 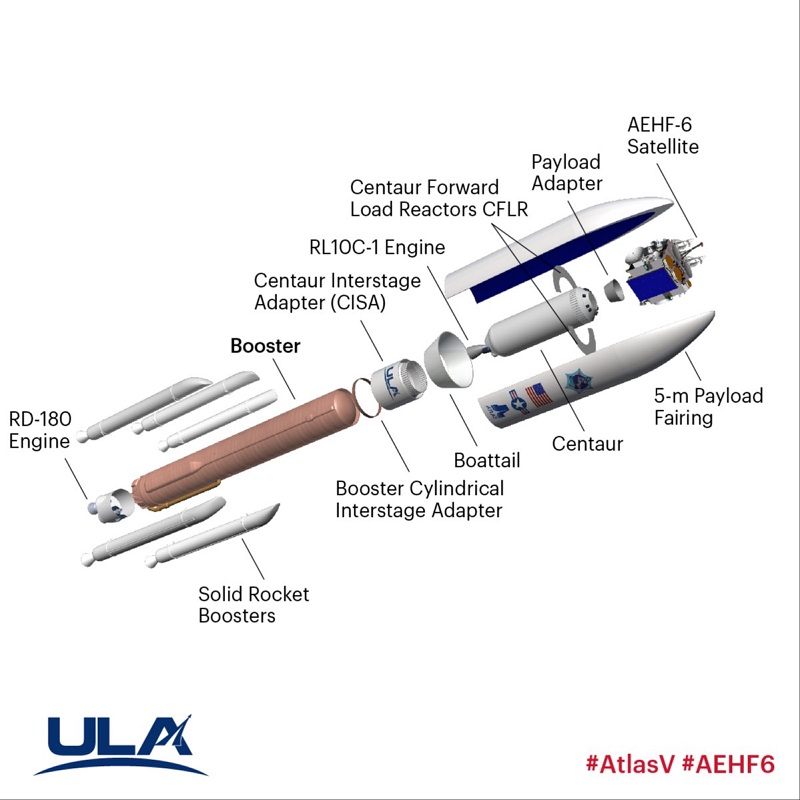 Atlas V rockets have successfully launched the first five AEHF satellites in 2010, 2012, 2013, 2018, and 2019. These satellites were placed in a geosynchronous orbit about 22,300 miles above to Earth to augment and eventually replace the legacy MILSTAR communications satellite fleet. One AEHF satellite has more capacity than the entire five-satellite fleet of the MILSTAR constellation.