BATON ROUGE - A house fire broke out in a residence off Fairfields Avenue Wednesday morning, and officials traced the source of the blaze to an unattended candle.

First responders with the Baton Rouge Fire Department were called to the 2100 block of West Belfair Drive shortly after 9 a.m. 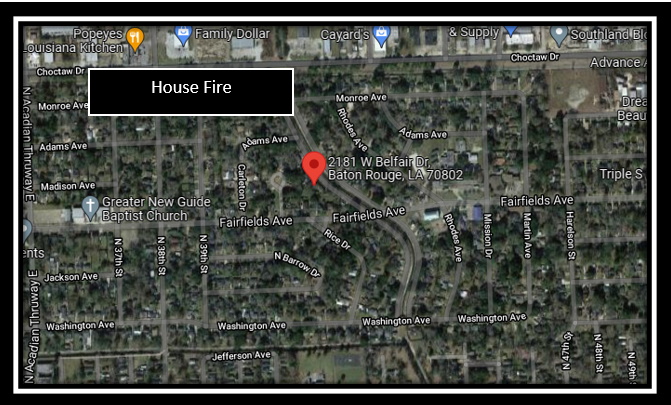 Upon arriving, they discovered a rear bedroom engulfed in flames and were able to contain the fire to that area.

Even so, the rest of the home sustained heavy smoke and heat damage, amounting to a $40,000 loss.

Thankfully, no one was injured during the incident and the Red Cross is assisting the two residents who were impacted by the event.

Officials say the unattended candle that started the fire had been placed near combustibles.

According to the National Fire Protection Agency, one third of every home candle fires start in the bedroom; three of every five candle fires are from candles being placed too close to combustibles.