LIVINGSTON - According to Total Traffic and Weather Network, a crash involving a cement truck that occurred on I-12 WB at Hwy 441/Exit 29 (Holden) and Hwy 63 /Frost Rd/Exit 228 on Wednesday (Feb. 24) morning has been cleared from the roadway. 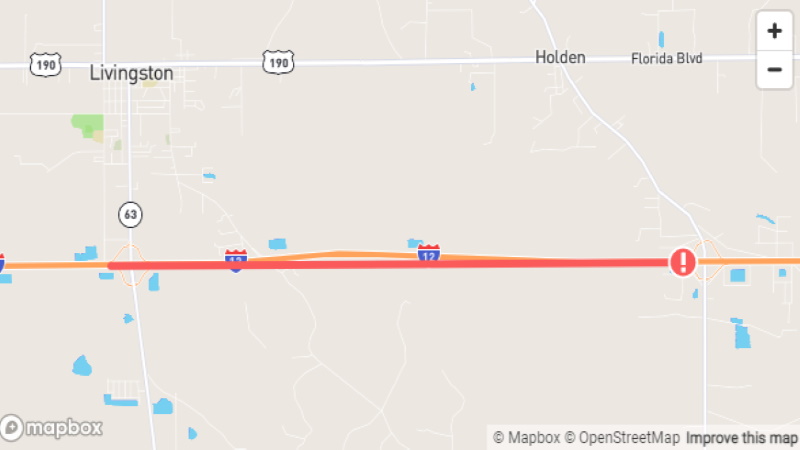 The truck reportedly crashed along I-12 W at mile marker 27, between Holden and Livingston, but the crash site has been cleared and drivers are now able to pass through the route as usual.