Tonight and Tomorrow: Spotty showers and an isolated storm or two are possible through the evening and into the overnight period, as south winds continue to bring moisture onshore. Temperatures will drop to around 73° late, with dewpoints hovering around the mid-70s as well. Morning showers along the coast will try to push inland during the late morning and early afternoon hours on Sunday. Temperatures will be slightly cooler, reaching a high around 88° between 1 PM and 2 PM. Spotty showers by 3 PM should help temperatures start to cool through the remainder of the evening. 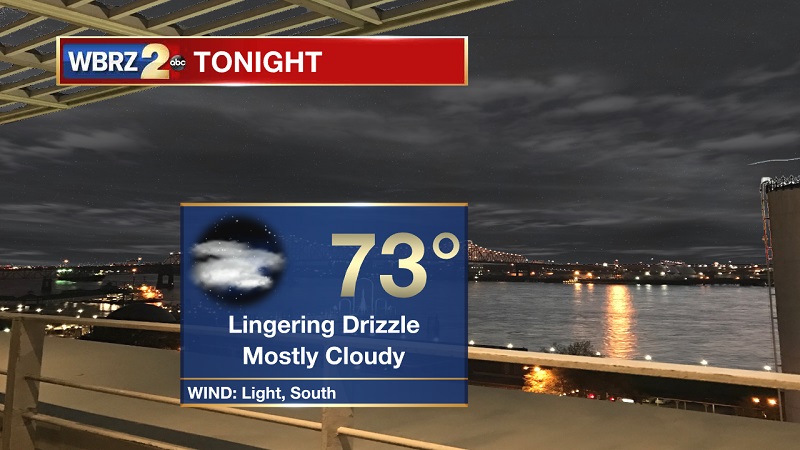 Up Next:  An approaching cold front from the north and west will stall and slowly proceed through Louisiana and Mississippi over the beginning part of the week. This will bring scattered showers and storms across the Gulf States through Wednesday. 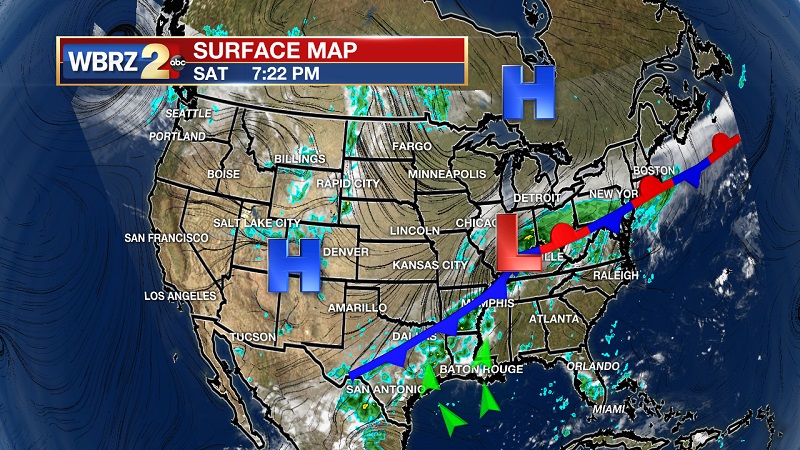 Tropical Storm Florence is located about 695 miles northeast of the Leeward Islands and 810 miles southeast of Bermuda, with sustained winds of 70 mph. She is moving west at 5 mph, and expected to continue a west-northwestward motion with an increase in forward speed by the middle of next week. Florence will move between Bermuda and the Bahamas Tuesday and Wednesday, and approach the southeastern U.S. coast on Thursday. Current tracks have her making landfall on the North or South Carolina Coasts. Florence is expected to become a hurricane later tonight, and rapid intensification is likely to begin on Sunday. Florence is forecast to become a major hurricane by Monday, and should keep a category 4 status until making landfall. 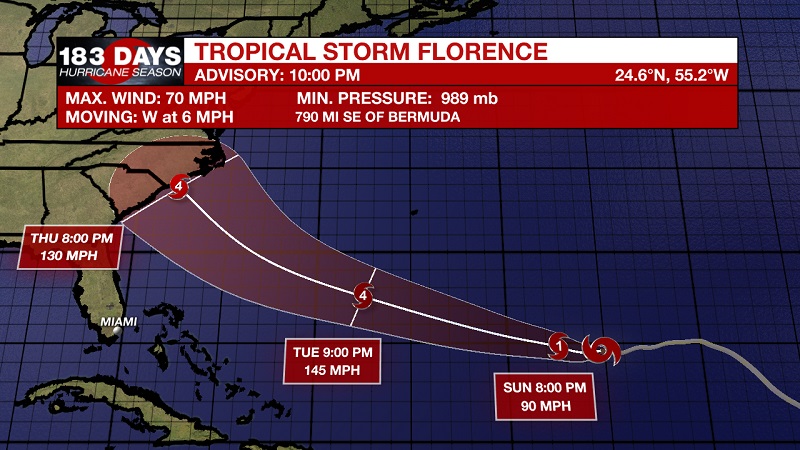 Tropical Storm Helene is currently located 125 miles southeast of the Cabo Verde Islands with sustained winds of 60 mph, and moving west at 13 mph. A gradual turn toward the west-northwest with an increase in forward speed is expected Sunday night through Tuesday. Helen will pass very close to the southern Cabo Verde Islands tonight and early Sunday. Strengthening is expected during the next few days, and Helene is forecast to become a hurricane on Sunday. 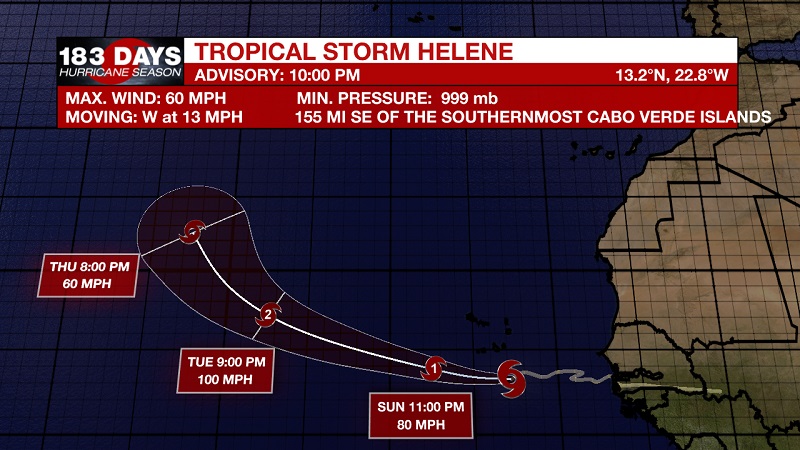 Tropical Depression Nine became Tropical Storm Isaac earlier today. He is currently about 1640 miles east of the Windward Islands with sustained winds of 40 mph, and moving west at 7 mph. A westward motion with an increase in forward speed are expected during the next few days. Additional strengthening is forecast during the next couple days, and Isaac could become a hurricane by Monday. Unlike Florence and Helene, Isaac is taking a more east to west track, which has the potential of breaking into the Gulf of Mexico in 5+ days. 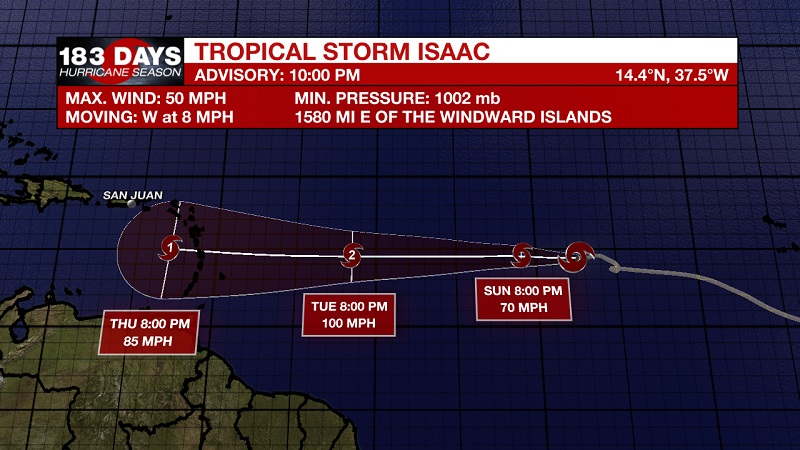 An approaching cold front will pull significant moisture ahead of the system over the next several days, but should stay far enough away to warrant spotty showers on Sunday. Still a chance for pop-up, afternoon storms to take hold, but atmospheric forcings should not be as primed as later in the week. By Monday and Tuesday, the frontal system will be draped across Louisiana and Mississippi, helping to increase the potential for vertical storm development during the late morning hours through the early evening. This pattern will linger until Wednesday, which is when the front will dissipate and break north. This will help to bring back isolated afternoon showers and storms to wrap up the workweek.