The Urban Heat Island: What is it?

You may have heard of the term "Urban Heat Island" used a time or two while watching a local meteorologist, but what does it mean?

Urban heat islands are metropolitan areas that are hotter than their outlying areas, with the impacts felt more so during the summer months.

An estimated 85% of the United States population lives in metropolitan areas. Paved roads, parking lots and buildings absorb and retain heat during the day and then radiate that heat back into the atmosphere.

Neighborhoods in a highly-developed area can experience afternoon temperatures that are 15 - 20 degrees hotter than nearby rural areas with fewer buildings.

Climate Central came up with an index to evaluate the intensity of urban heat islands. They analyzed 159 cities in the United States by determining what kind of land cover was in each city, such as paved roads and green space like trees and grass.

They also factored in building height, which can impact how air moves through a city and how heat dissipates. They also looked at population density. 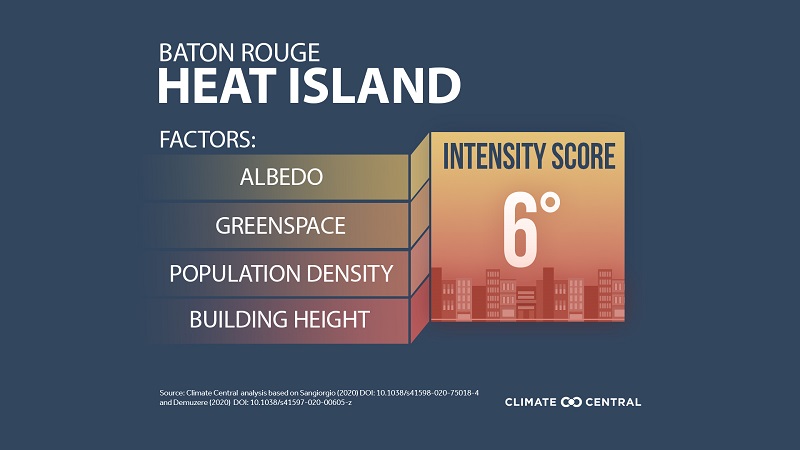 Compare that to New Orleans, which was given the highest score in the United States, of 8.94°F.