The Mississippi River has Finally Dropped Below Flood Stage 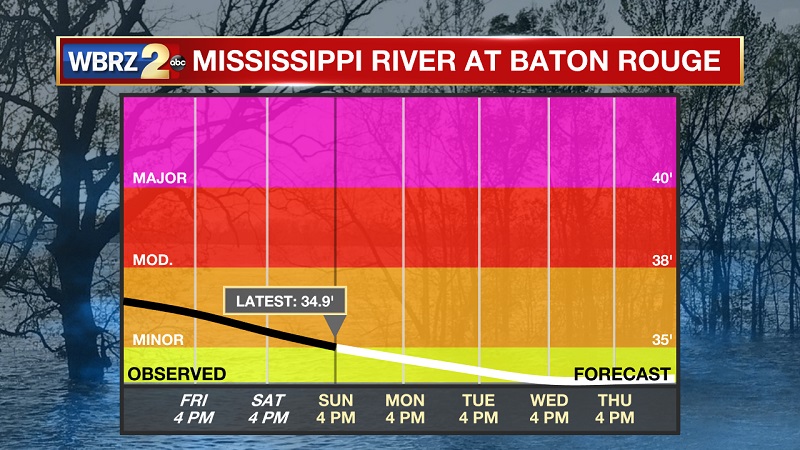 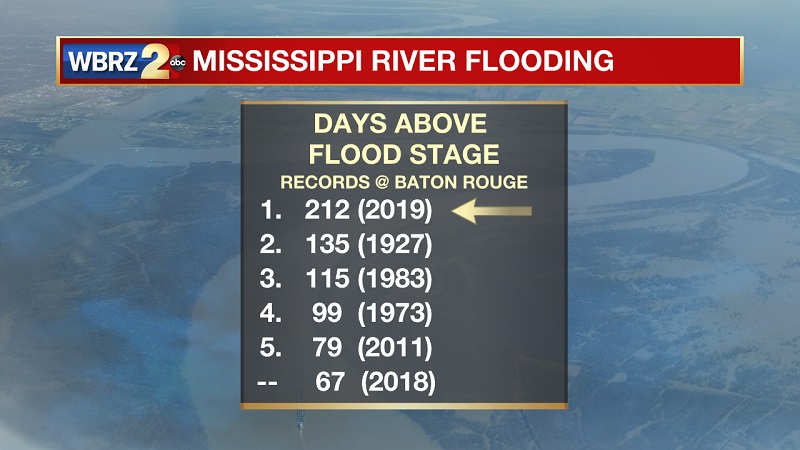 Tonight and Tomorrow: Mostly clear tonight, with calm winds from the southwest. Temperatures will be dropping into the 70s around 10 PM, as we bottom out near 74° for our low. Clouds will build through Monday morning, as scattered showers and storms develop through the afternoon and early evening hours. Some storms will be rather strong, with heavy downpours, gusty winds between 30-40 mph, and frequent lightning. Localized flooding will be possible within some of these cells, so make sure not to drive through flooded roadways. Temperatures will warm into the 80s around 9 AM, as highs reach near 91° with light winds out of the west. Heat index values will approach 100° through the early afternoon hours. 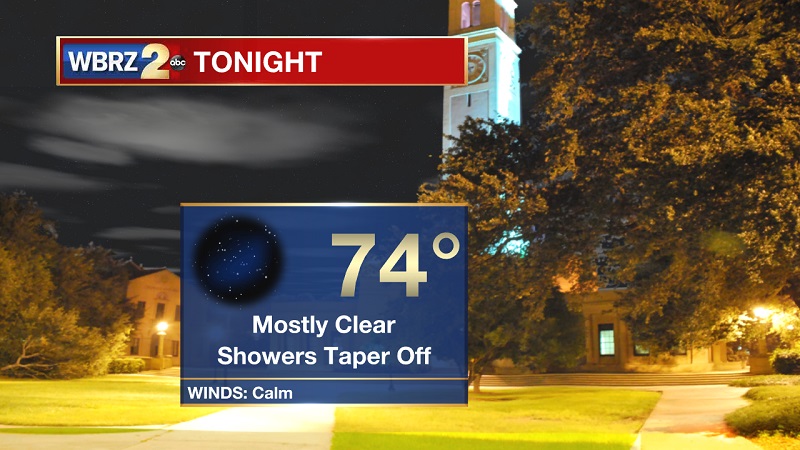 Up Next:  This weather pattern stays through the beginning of the workweek, before isolated afternoon showers occur beginning Thursday. 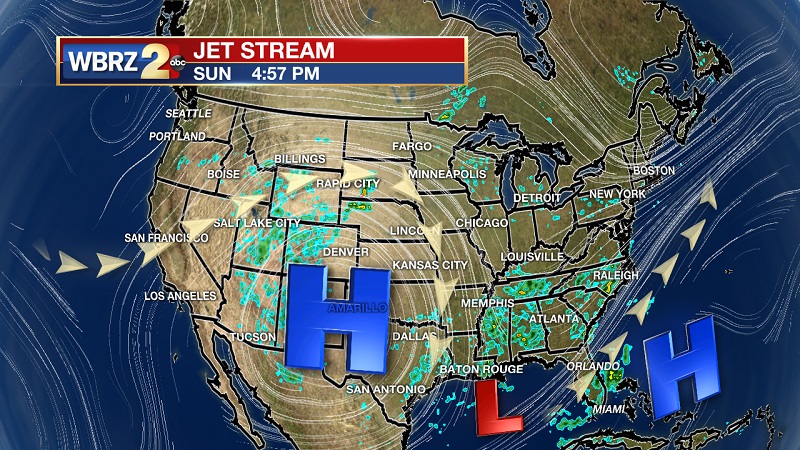 The Tropics: A westward-moving tropical wave located about 200 miles east of the central Lesser Antilles continues to produce an area of cloudiness and thunderstorms. Environmental conditions are forecast to become unfavorable for development during the next couple of days, and no further organization of this system is anticipated. The National Hurricane Center is forecasting a 0% chance of tropical development within the next 48 hours and within the next 5 days. 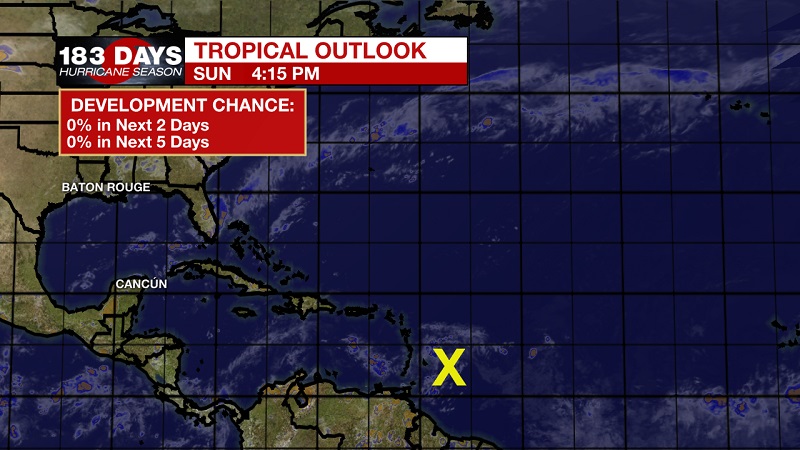 There is little change in the short term weather pattern through the beginning part of the workweek. An upper level trough will be sticking around the eastern seaboard, as a large high pressure remains in place over the four corners region. At the lower levels, the Bermuda high’s influence has crept in the eastern Gulf, keeping winds light and out of the southwest. These southerly winds have allowed for Gulf moisture to push onshore effectively, producing scattered showers and storms as temperatures break into the mid-80s through the early afternoon hours. We are located on the back side of the upper level trough that is situated across the east coast, creating a northerly wind pattern in the upper levels. Going up in elevation across the Gulf Coast, winds start southwesterly and change to more northerly. This allows for some extra forcing to support vertical development of storms due to the weak vorticity that will be pulsing through the region associated with these discrepancies in wind direction with height. These forcings will continue to linger through Wednesday before the upper level high over the southwest U.S. begins to trek eastward. It will eventually reach into Texas over the weekend, but even in its early journey will have influence across our area to provide more spotty to isolated storms beginning Thursday. Rain chances will continue to slowly dwindle into the weekend, as highs rebound back to near average for this time of year – which is 93°.