The latest on Cristobal and local impacts

4AM MONDAY: Cristobal is now classified as a Tropical Depression and made landfall just east of Grand Isle around 5:10 PM on Sunday. The center of circulation is now making a northwest movement around 10 mph and will continue to weaken through the day. Associated winds are now 35mph.

A TROPICAL STORM WARNING remains in effect for the entire WBRZ Weather forecast area, including the city of Baton Rouge. 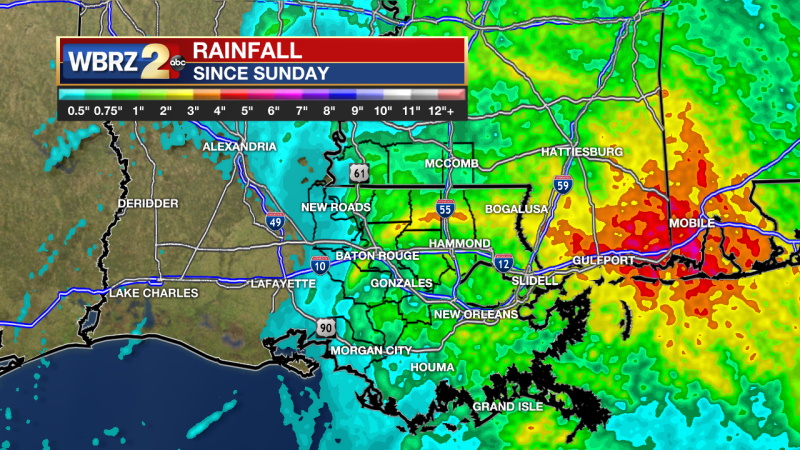 HEAVY RAINFALL: Through Tuesday, southeast Louisiana and southwest Mississippi will broadly collect 2 - 7" of rain. Likely tolerable for soils and area drainage over a multiple day stretch, widespread flash and river flooding is not anticipated. However, rain bands could set up and repeat over small areas leading to some localized amounts higher than 8". In those locations, some runoff flooding could develop. Generally, this risk is lower near the Mississippi River and increases south and eastward toward Hammond and New Orleans. The National Weather Service has placed the entire WBRZ Weather forecast area (except St. Mary Parish) under a FLOOD WATCH through Tuesday morning. Notice on the graphic above, that the highest rain totals are east of Baton Rouge, into extreme southeast Louisiana and coastal Mississippi, as forecast. That is what we mean by the greatest impacts may very well be far east from the center of Cristobal. 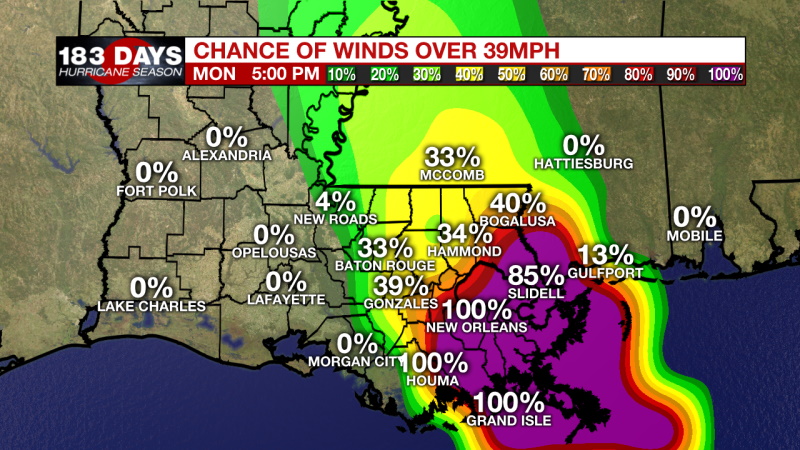 GUSTY WIND: Cristobal and associated squalls will lead to windy conditions. Note that since Cristobal will be a broad and poorly organized storms, gusty winds may occur well east of center in rain bands. Even if winds are not sustained over 39mph, gusts over 30mph are possible and that is enough to take down some tree limbs and cause spotty power outages. If winds continue where grounds are saturated, weaker trees could fall. Finally, as is usual with landfalling tropical systems, isolated tornadoes can briefly occur. 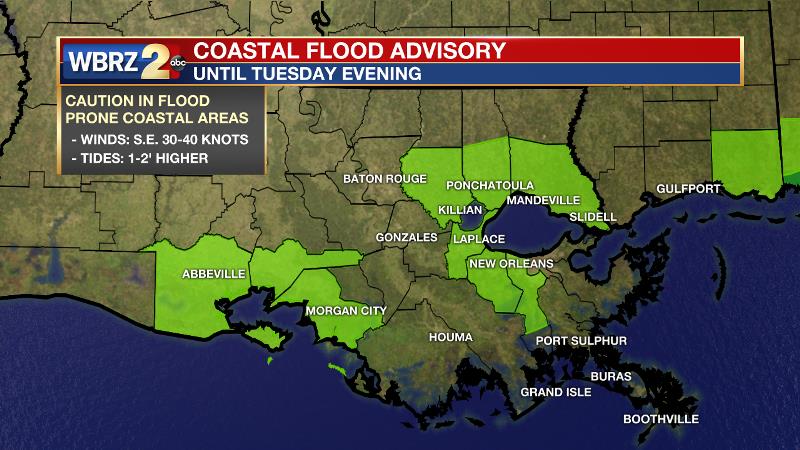 COASTAL FLOODING: Storm accompanied surge and high tides could create water levels anywhere from 1 - 5' above ground depending on location. Note that parts of Morgan City, like the city of New Orleans have a levee protection system. Outside of that, the immediate southeast Louisiana coast could have water rise as high as 5'. Low-lying areas just inland from the coast and lake shores may experience 1-2' of water due to surge and tides. A STORM SURGE WARNING has been issued for the Mouth of the Mississippi River to Ocean Springs, Mississippi and Lake Borgne. A STORM SURGE WATCH remains in effect for St. Mary Parish. A COASTAL FLOOD ADVISORY has been issued for areas around Lake Maurepas and Lake Pontchartrain. 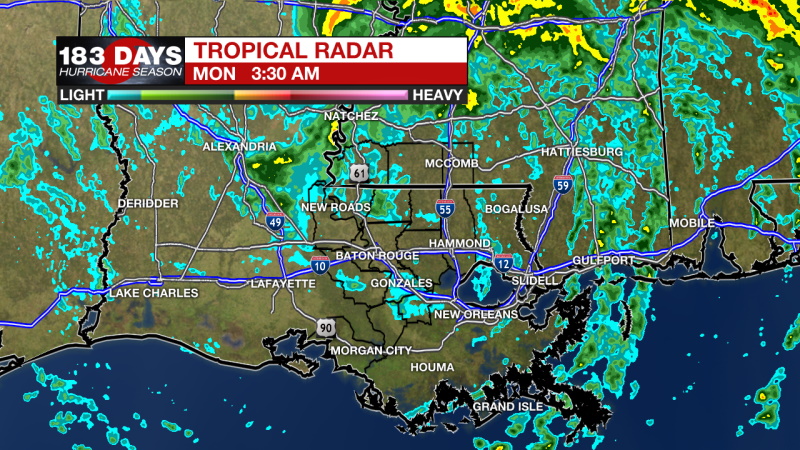 Tonight, expect rain bands with steady rain and gusty winds across southeast Louisiana, including Baton Rouge to slowly move out of the area. Tropical Depression Cristobal will linger on through Monday and very early Tuesday (see above). On Wednesday a weak cold front could drag through the area with showers and thunderstorms. Slightly lower humidity could allow low temperatures into the upper 60s by the end of next week but highs will stay near 90.