Temperatures staying above average this week

Tonight: A few passing clouds, otherwise a calm night. It will be noticeably more humid with lows in the mid to upper 60s. Patchy fog will be possible overnight.

Tomorrow: Mostly cloudy with patchy fog in the morning, will give way to more sunshine later in the afternoon. Highs will be around 86 - above average for this time of year. Southeasterly winds will continue to pull in more Gulf moisture. A stray shower or thunderstorm can't be ruled out. 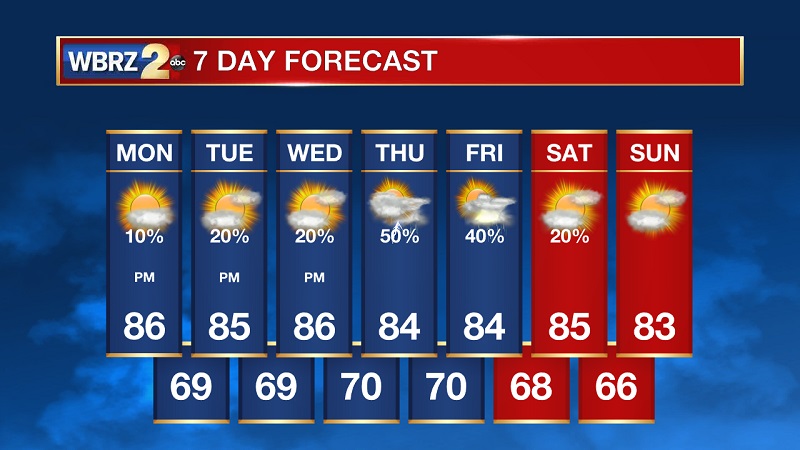 Looking Ahead: The forecast into the new week includes above average temperatures and an increased chance for rain. Highs will be in the mid to upper 80s through at least Friday. Right now, the best chance for seeing rain in your backyard is on Thursday and Friday. This is tied to a weak tropical wave that will track across the Gulf Thursday and Friday, adding moisture across our region. There is no significant cool down expected for at least the next five days. Our next shot at cool, fall air, may not arrive until early next week. 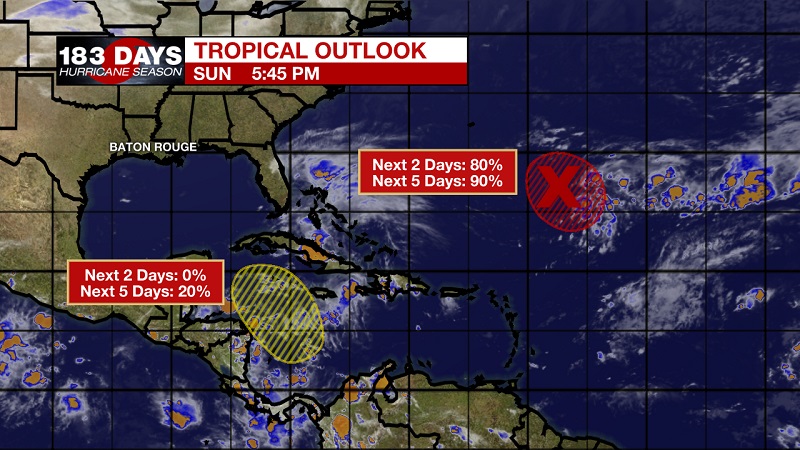 We're currently tracking two areas in the tropics. One feature is over 600 miles southeast of Bermuda, and has a high chance of becoming a subtropical depression or storm. If it does become a named storm, it will be Epsilon. Thankfully, this system will stay over the open waters of the Atlantic.

The second feature we are watching is in the southwestern Caribbean. No tropical development is expected over the next few days, but this area could become more 'disturbed' mid-late next week. As more showers and thunderstorms begin to develop in this region, we could see potential development, but for now the confidence is low.