Spotty Chance for a Shower on Labor Day

Tonight and Tomorrow: Clearing skies tonight, as showers taper off by 7 PM. Temperatures will be dropping into the upper 70s around 9 PM, as overnight lows bottom out near 74° with calm winds. Increasing clouds through the morning hours for your Labor Day, as a dissipating moisture wave still produces some spotty afternoon showers. These should stay south of the I-10 corridor, but a cell or two could break through. They should stay brief and relatively light in nature. Highs will be reaching near 92°, with heat index values peaking near 103°. Winds will stay light and out of the northeast. 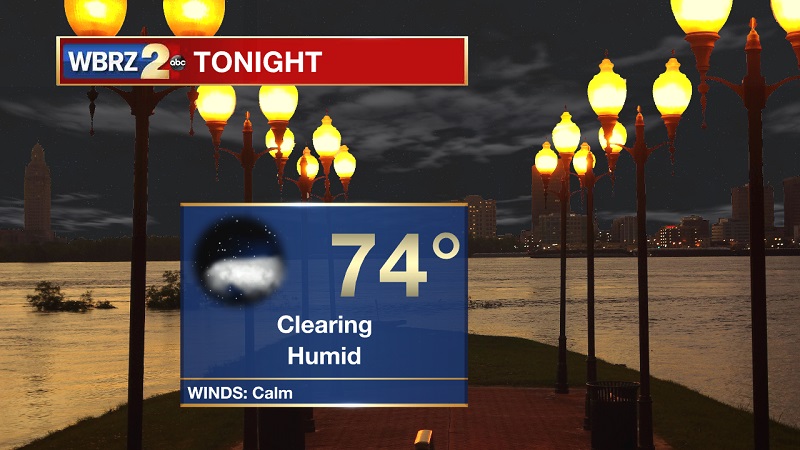 Up Next:  Sunny, dry, and warming conditions will be the case through the rest of the week. Our next batch of showers moves in late during the weekend. 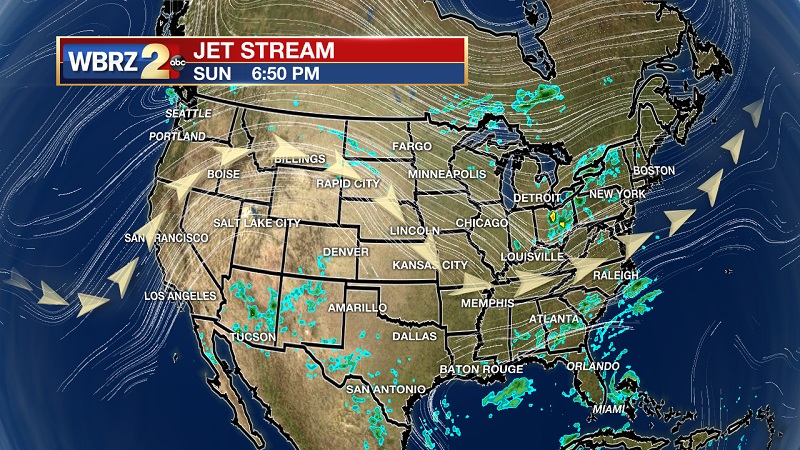 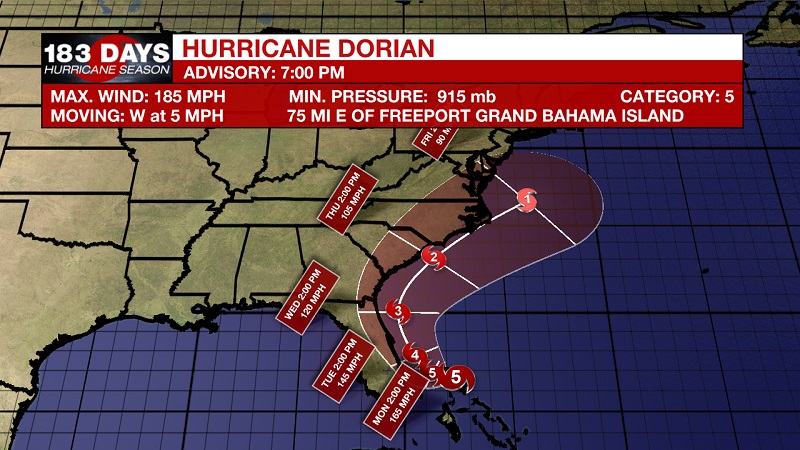 We are also tracking three tropical waves, two in the tropical Atlantic and one in the Gulf of Mexico.

The first is a broad area of low pressure that is centered near the Cabo Verde Islands, and is producing a large area of showers and storms. This system is showing signs of becoming better organized, and environmental conditions appear conducive for additional development during the next several days. A tropical depression is likely to form by the middle of the week while the system moves generally northwestward across the eastern tropical Atlantic Ocean. Heavy rainfall is possible over portions of the southern Cabo Verde Islands during the next day or two. The National Hurricane center is forecasting a 60% chance of tropical development within the next 2 days, which increases to a 70% chance within the next 5 days. 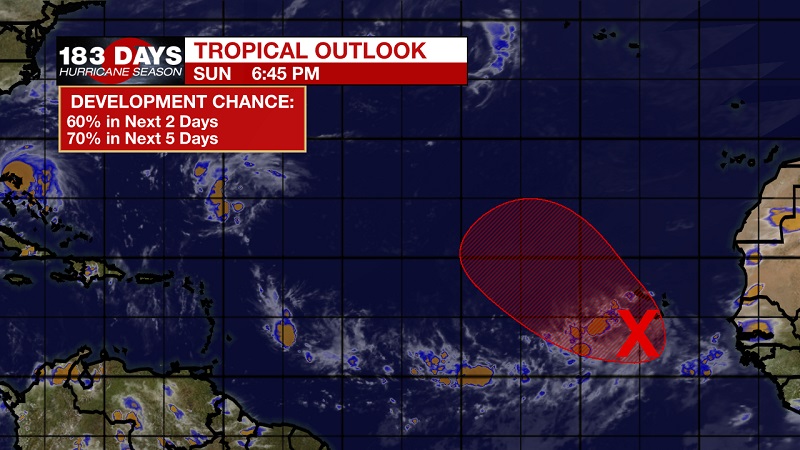 Another broad area of low pressure is located over the south-central Gulf of Mexico. This disturbance continues to produce widespread disorganized showers. Some gradual development of this system is possible during the next few days while it moves slowly westward across the southern and southwestern Gulf of Mexico toward the coast of Mexico. The National Hurricane center is forecasting a 20% chance of tropical development within the next 2 days, which increases to a 30% chance within the next 5 days. 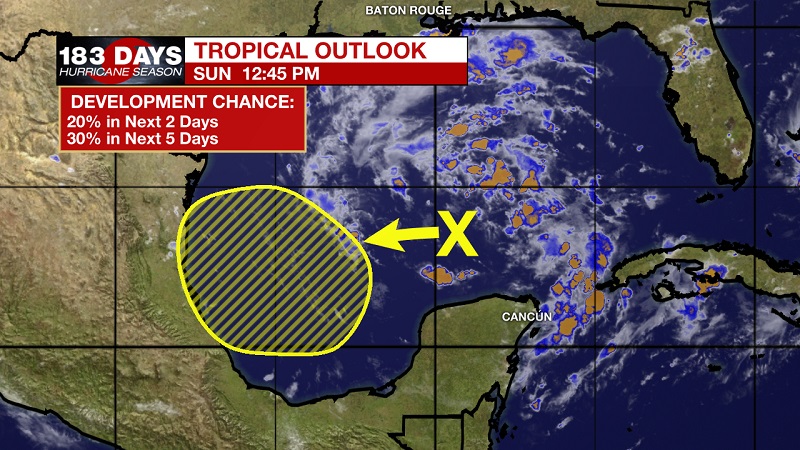 The third is a trough of low pressure which is located several hundred miles south-southeast of Bermuda. Although the associated shower and thunderstorm activity is showing some signs of organization, the system does not currently have a closed surface circulation. Some gradual development of this disturbance is possible during the next few days while it moves slowly northward or north-northwestward. The National Hurricane center is forecasting a 10% chance of tropical development within the next 2 days, which increases to a 30% chance within the next 5 days. 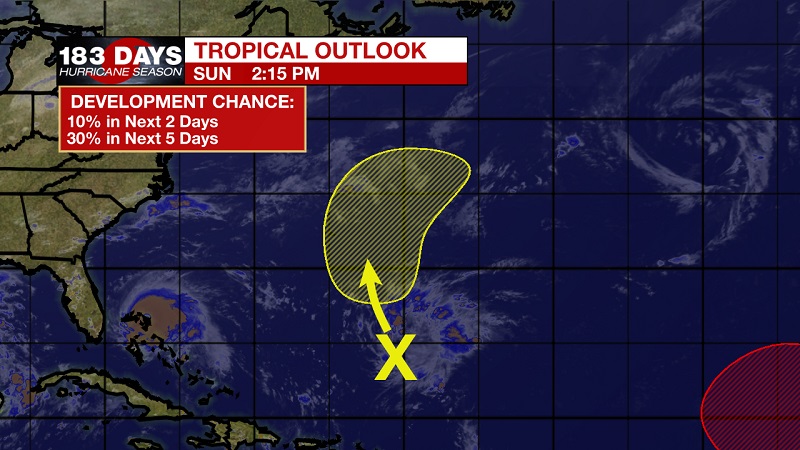 After your Labor Day, dry and sunny conditions move in. This is associated with a large ridge that will move over the area from the four corners region. This ridge’s timing is protecting the Gulf Coast from Hurricane Dorian, and is helping to steer Dorian along the east coast. The ridge will set up camp, and stay through the remainder of the week into Saturday. This means sunny skies and dry conditions. Winds will luckily be staying out of the north, which also means dry air. This dry air will help to keep dewpoints in the upper 60s to low 70s, but will also allow high temperatures to soar into the mid-to-upper 90s through the midweek. The ridge breaks down a bit on Sunday, allowing some moisture to sneak in and bring back some spotty afternoon showers on Sunday. This will also bring high temperatures back near average, which is 92°.