A change is coming to the way severe thunderstorm warnings are issued by the National Weather Service. Beginning on August 2, some of these warnings will trigger the Wireless Emergency Alert tone on your smartphones, similar to tornado warnings.

Often, people incorrectly take severe thunderstorm warnings lightly, perceiving them as less violent than tornadoes. Weaker tornadoes produce winds of 70mph while severe thunderstorms are capable of similar wind speeds over a much larger area. In fact, thirteen of the 22 costliest weather disasters in 2020 were caused by severe thunderstorms. The NWS will now use the WEA system to warn for events, which could produce similar impacts.

The NWS developed three categories of damage threat for Severe Thunderstorm Warnings. The categories, in order of highest to lowest damage threat, are destructive, considerable, and base. These tags and additional messaging are designed to promote immediate action, based on the threats. 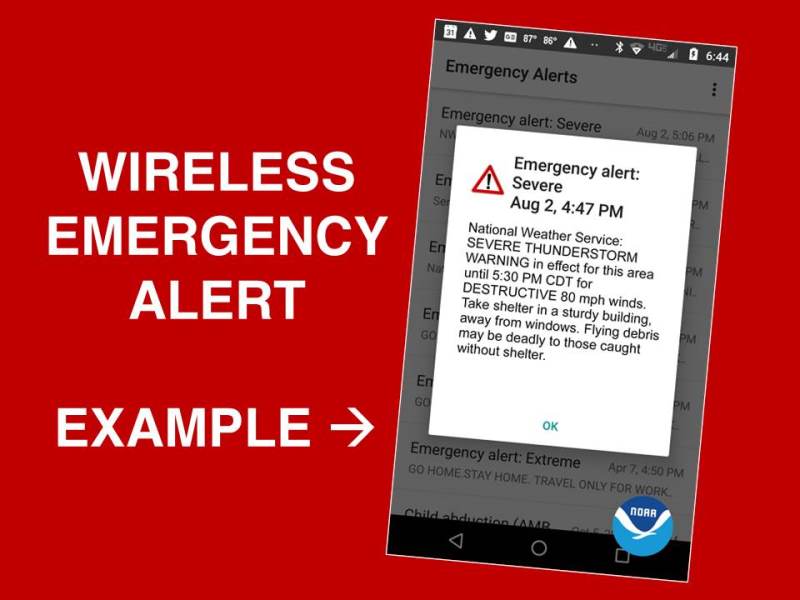 On average, only 10 percent of all severe thunderstorms reach the destructive category each year, nationwide. Most of these storms are damaging wind events such as derechoes and some of the larger, more intense thunderstorms, called “Supercell” storms that can typically produce very large hail in their path. The new destructive thunderstorm category conveys to the public urgent action is needed, a life-threatening event is occurring and may cause substantial damage to property.

Beyond smartphones, all weather warnings can be received via NOAA Weather Radio, the Emergency Alert System on WBRZ Channel 2, WBRZ Weather on Facebook and Twitter and the free WBRZ WX App. Learn how to stay safe in a severe thunderstorm. Knowing what to do before, during, and after severe weather can increase your chances of survival.