East Baton Rouge Parish - Extreme winds caused by a series of storms that devastated parts of Louisiana Wednesday night and early Thursday morning caused several trees to fall on homes in the Zachary-area.

Officials with the Zachary Fire Department are warning residents to remain off the roadways as they work to clear debris from the storm.

One of the homes, within the 1500 block of Highway 19, is in an area that was hit especially hard by the severe weather.

Officials say the fallen trees have not resulted in any injuries at this time.

Residents in other parts of Zachary reported damage. One homeowner woke up Thursday morning to find that her children's once-anchored swing set had been completely uprooted by the winds and that planters in her backyard, each weighted with 100 pounds of concrete, had also been tossed aside by strong winds. 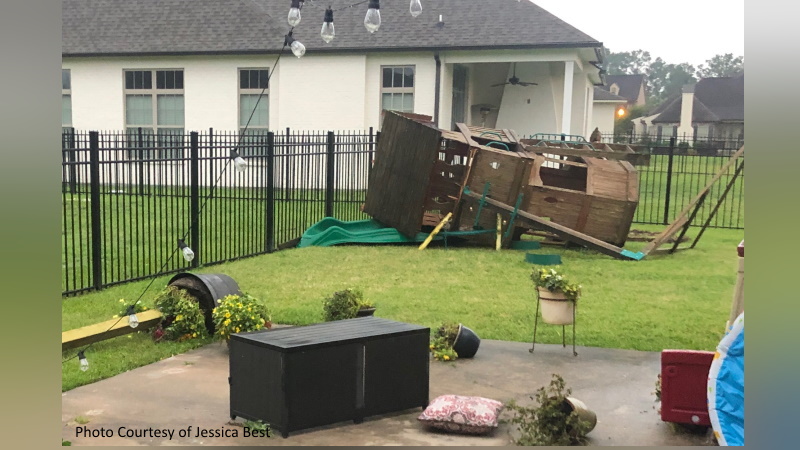