Scarlett Johansson is suing Disney, claiming the company is in breach of contract for streaming her superhero film 'Black Widow' while simultaneously releasing it in theaters.

The suit explains that when Disney decided to debut the film both in theaters and on Disney Plus, this move not only broke the terms of the star's contract but it chipped away at her compensation for the film, because a large sum of her payment was tied to the box office performance.

Variety explains Johansson's team was able to make this claim because according to the terms of her contract with Disney, if it hit certain box office benchmarks were hit, then a series of bonuses related to her compensation would kick in.

Her attorneys claim Disney realized this and intentionally took steps to avoid paying the 36-year-old actresses the amount of money she would have been owed had the contract's terms been followed.

The suit read, in part: “Disney intentionally induced Marvel’s breach of the agreement, without justification, in order to prevent Ms. Johansson from realizing the full benefit of her bargain with Marvel.”

The lawsuit goes on to point out that while Johansson's paycheck took a hit, Disney’s stock rose after the company disclosed the rental figures.

“Disney chose to placate Wall Street investors and pad its bottom line, rather than allow its subsidiary Marvel to comply with the agreement,” the suit reads. ” To no one’s surprise, Disney’s breach of the Agreement successfully pulled millions of fans away from the theatres and toward its Disney+ streaming service.”

The Wall Street Journal reports that sources close to Johansson say Disney's decision to release the film concurrently on Disney Plus resulted in an estimated $50 million in lost bonuses.

It was back in March that the studio announced its decision to offer the much-anticipated film on its streaming platform at the same time as its theater release. The company said customers would have to fork over a premium $30 price to watch the film on Disney Plus.

The decision may have appeared logical to customers as it was made when the movie theater industry was rebounding from COVID-19 closures and capacity restrictions.

On its July 9 release date, 'Black Widow' set a pandemic-era box office record with its $80 million debut in North America and an additional $78 million overseas.

It also earned $60 million on Disney Plus. But ticket sales took a dive in the weeks to follow and as of late June, they stand at $319 million globally, according to Variety.

The news outlet says this number puts “Black Widow” on track to become one of the lowest-grossing Marvel movies to date.

While $319 million may sound like a significant number, it's a far cry a far cry from Marvel's top-grossing film, 'Avengers: Endgame,' which brought in $858 million at the box office in 2019. 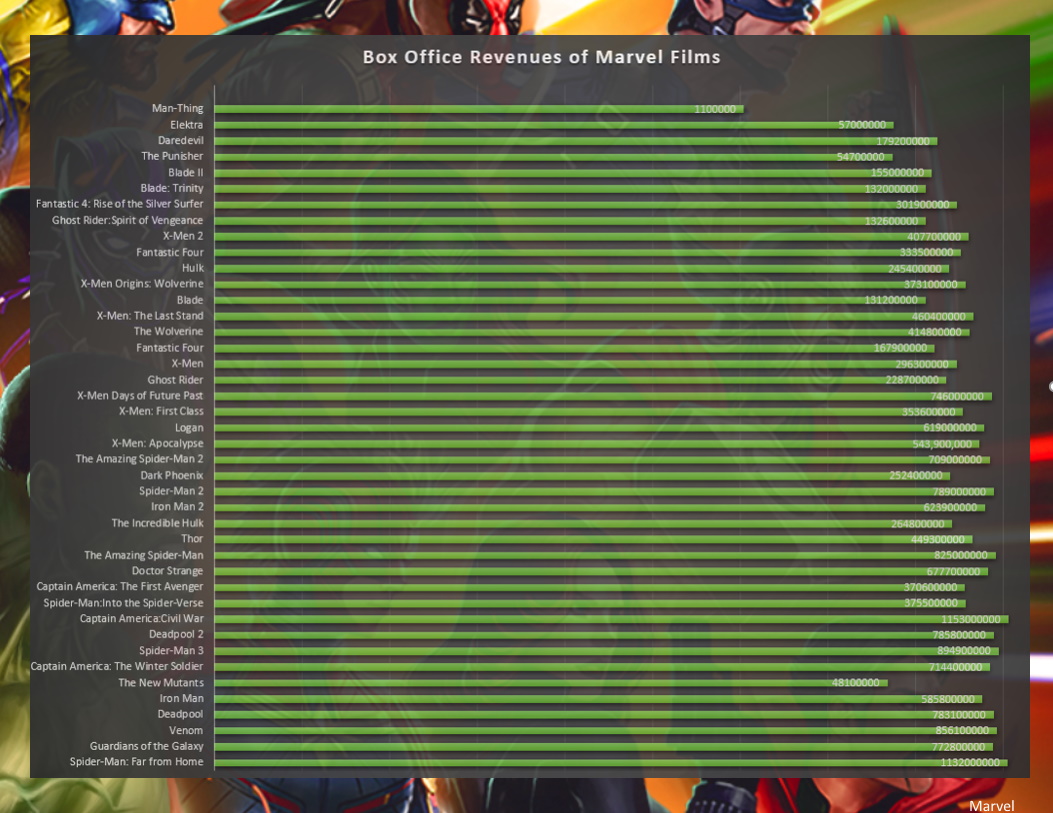 The National Association of Theatre Owners, which is the industry’s main trade organization, took note of the situation and issued a statement similar to the point Johansson's attorney's made, saying that Disney's choice to simultaneously release “Black Widow” in theaters and on streaming cost “Disney money in revenue per viewer over the life of the film.”

Johansson, a New York native and award-winning thespian, was the world's highest-paid actress in 2018 and 2019. Her films have reportedly grossed over $14.3 billion worldwide, which would make her the ninth-highest-grossing box office star of all time.