Saturday AM Forecast: Plently of drytime before showers begin bubbling up

More of the wet pattern sticking around into your weekend.

Today & Tonight: A foggy start this Saturday. Some areas seeing reduced visibility, but fog will begin to dissipate as the morning goes on and we will be left with mostly sunny skies. Temperatures will creep into the high-80s today. Some have a chance of reaching 90 if showers and cloud cover holds off until the later afternoon hours. Not expecting a total washout today but scattered showers will be around the Capital Area for most of the afternoon. A heavy downpour and frequent lightning are possible with these showers and storms. After repeated rounds of rain, the possibility for poor drainage and street flooding is possible for isolated areas. Overnight temperatures will fall into the mid-70s and we will be left with mostly clear skies. 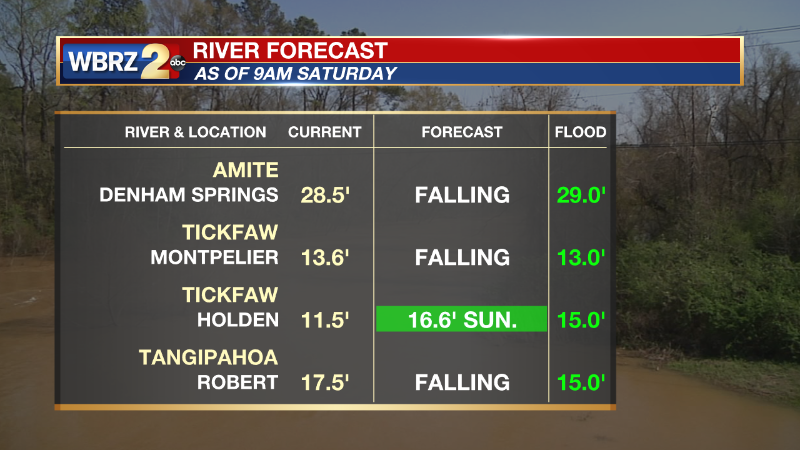 Up Next: A lot of the same expected for your Sunday forecast. Waking up with mostly sunny skies at the start of the day. Cloud cover and showers will begin bubbling up around the area in the afternoon hours. Temperatures will hold in the low-90s. With plenty of moisture in our atmosphere heat index values will be nearing triple digits throughout the day. As showers move in temperatures will get a big cool down into the early evening hours. Overnight the forecast is for mostly clear skies with temperatures in the mid-70s. No total washouts expected this weekend. Showers and storms could run you inside for a little while but storm passing with be brief. The wet pattern is not letting up for the start of your work week. More muggy starts with rainy afternoons in the forecast. Click here to see the 7-day forecast. 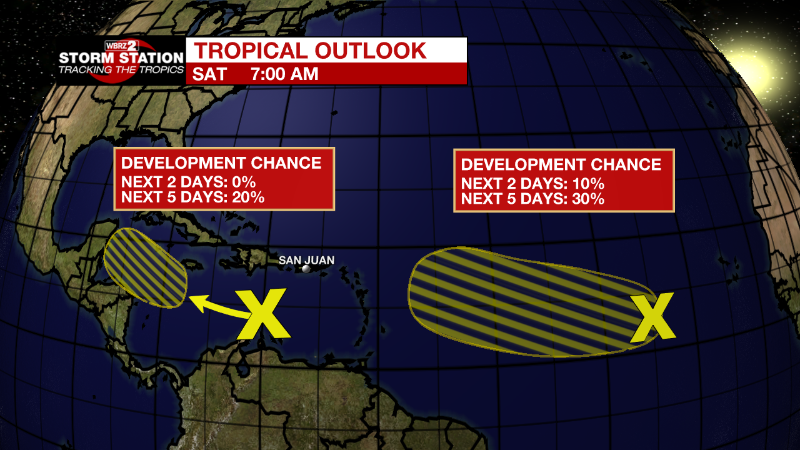 Central Tropical Atlantic:
A broad and complex area of low pressure over the central tropical
Atlantic Ocean is producing disorganized showers and thunderstorms.
The interaction of this feature with an approaching tropical wave
could support some gradual development of the system during the
early and middle parts of next week while it moves westward to
west-northwestward at about 10 mph across the central tropical
Atlantic.
* Formation chance through 48 hours...low...10 percent.
* Formation chance through 5 days...low...30 percent.