The next shot at showers will come Thursday. Then, gradual temperature moderation is expected through the weekend. On Tuesday, a record low of 28 degrees was set at Baton Rouge Metro Airport, just before midnight Wednesday. The old record was 30 degrees set back in 1950. Additionally, the Wednesday morning low of 24 degrees smashed the 1968 record of 29 degrees.

Today and Tonight: Early sunshine will allow thermometers to break above freezing between 9 and 10 o’clock Wednesday morning. Expect high temperatures to top out in the upper 40s and low 50s. Winds will be much lighter, so the chill factor should be minimal. High clouds will begin increasing late in the afternoon. Overnight, clouds will continue to increase around the area, which will hold low temperatures above freezing, in the upper 30s. A stray shower could develop by daybreak. 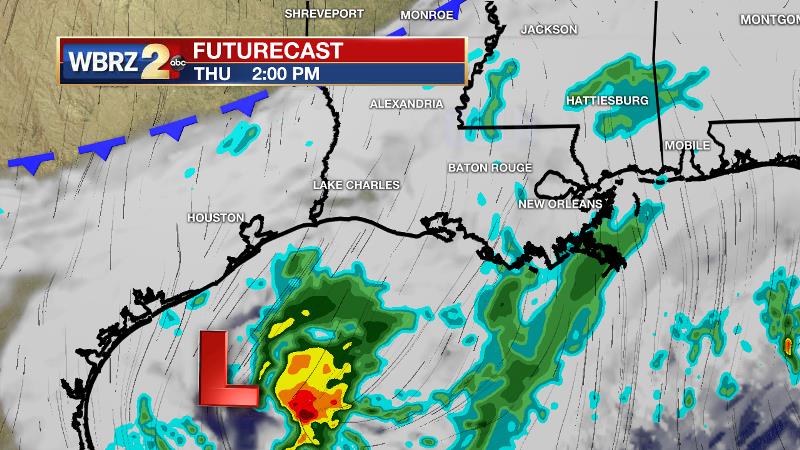 Up Next: Thursday looks like a rather drab day as a Gulf disturbance holds clouds over the area. Some times of light rain are possible, especially closer to the coast. Highs will struggle for to leave the mid to upper 40s due to clouds and showers. Skies will clear out into Friday with morning temperatures in the mid to upper 30s. A clear and quiet stretch will prevail from then through Sunday. A reinforcement of north winds could mean another freeze is possible Saturday morning. Both Southern and LSU football will compete under clear skies in Mississippi on Saturday. For the Jags, an afternoon kickoff will mean slightly warmer temperatures around 54 degrees. For the Tigers, the 6pm start will mean temperatures in the low 40s fall into the 30s by the end. 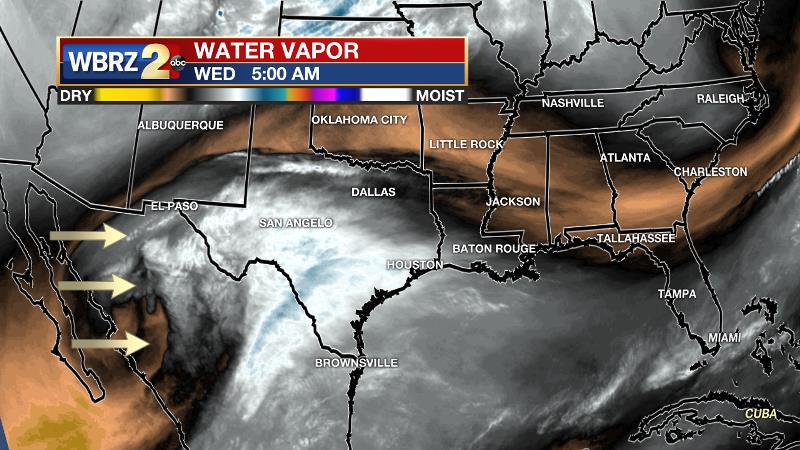 An upper level trough in the southern branch of the jet stream over Mexico will send mid to upper level moisture across Texas and into Louisiana and Mississippi through Wednesday. As a result, cirrus clouds will increase through the day, possible turning skies overcast by sunset. Clouds will continue to increase overnight as a weak surface low develops in association with the advancing upper level trough. The clouds will keep temperatures above freezing which is good news since some precipitation is expected to develop. Rain coverage will increase on Thursday as the system moves into the northwestern Gulf. This will be a stratiform rain due to minimal dynamics and lift in the atmosphere. As a result, rainfall amounts will be light. A reinforcing batch of cold air will push through the area Thursday night into Friday, which will maintain below average temperatures through the weekend. Additionally, dry conditions will last through the weekend. A weak upper trough will slide across the Gulf Coast on Monday. Forecast models do not yet provide much confidence as to whether or not this will create rain.