Police: Slidell man jumped out of vehicle, opened fire on nearby driver in road rage incident

SLIDELL - An armed 21-year-old man speeding through a Slidell neighborhood suddenly jumped out of his vehicle and opened fire on a passing pickup truck, inadvertently spraying a nearby home with bullets, according to the Slidell Police Department.

Police identified the 21-year-old as a resident of Slidell named Kendell Matthews, and they've labeled the alleged shooting as an act of road rage. 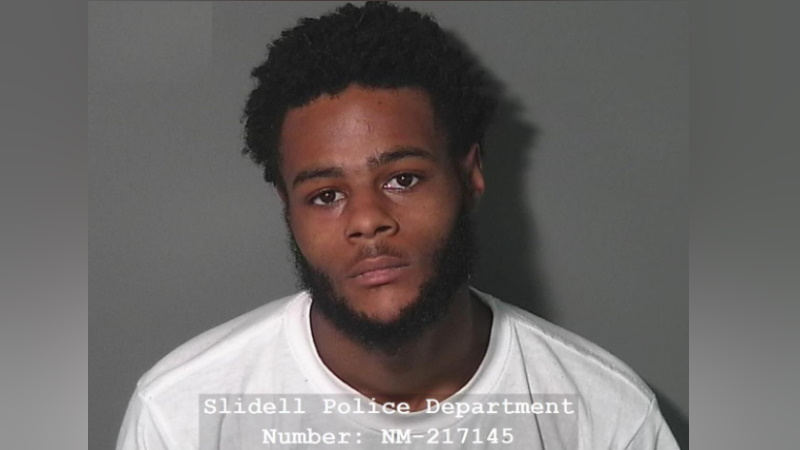 According to police, Matthews opened fire on the truck around 6:30 p.m., Wednesday (July 14) in Slidell's Tanglewood Subdivision.

In the moments leading up to the shooting, police say Matthews was behind the wheel of a gray sedan near Highway 11 and Brownswitch Road. Meanwhile, another driver in a white pickup truck was traveling nearby.

Police indicate that Matthews became upset with the other driver for some reason and began following them.

Matthews allegedly followed the other driver all the way to their home in Tanglewood Subdivision.

At this point, the 21-year-old allegedly jumped out of his sedan and opened fire on the truck.

Police say the truck and a nearby home were damaged in the hail of gunfire, but no one was injured.

Authorities caught up with Matthews near Pontchartrain and Spartan Drive, which is where he was arrested without incident.

He was charged with attempted second-degree murder. 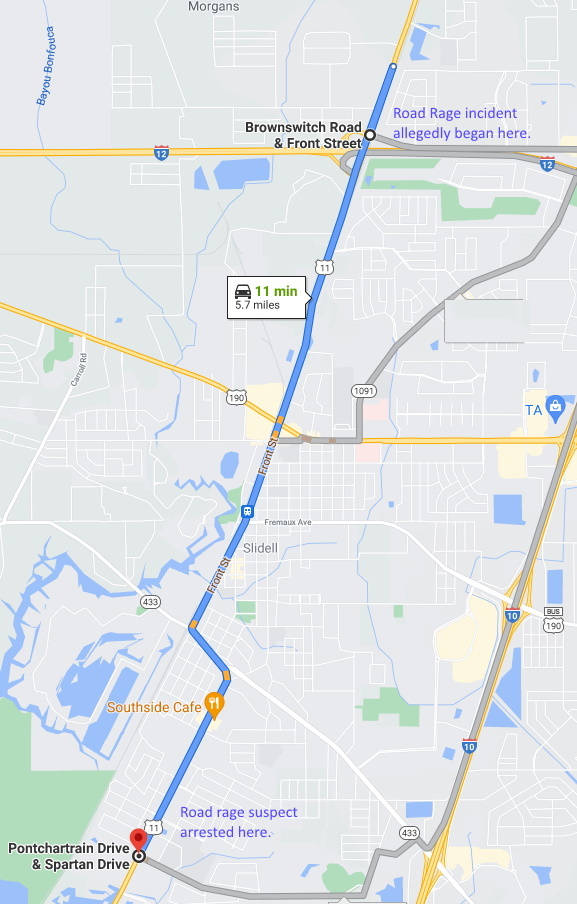 After the incident, the Slidell Police Department issued a statement regarding the crime, saying their fast-paced investigation into the alleged altercation and Matthews' arrest are proof of the Department's determination to crack down on violence.

The full statement from Police Chief Randy Fandal said: "We will not tolerate this kind of careless and inexcusable behavior in Slidell. We immediately deployed a vast number of officers to search for the suspect. Within a couple of hours, we located the suspect's vehicle and made an arrest. Let this serve as another message that we will be relentless on solving and preventing violent crime in our community."

Police added in a Facebook post that anyone who encounters an aggressive driver should not engage with the offender. Instead, they should call 911 and let authorities handle the situation.

According to statistics from SafeMotorist, a total of 12,610 injuries and 218 murders in the U.S. have been linked to incidents road rage over a seven-year period.