BATON ROUGE - Capitol Grocery in Spanish Town has been open since 1914, now, they're under new ownership. They're ringing in the celebration with an evening of Christmas caroling in Spanish Town.

The new ownership is especially important, says Kara Robinett, because the store is now one of the only minority-owned businesses in the area. Under new management, they say they have a lot of exciting plans for the store and the neighborhood.

To get to know the community a little better, they're hosting a Spanish Town Community Christmas Caroling event starting at 6 p.m. Wednesday. It will start at the store at 701 Spanish Town Road, and after the caroling wraps up, the community is invited to join the store for complimentary hot chocolate. 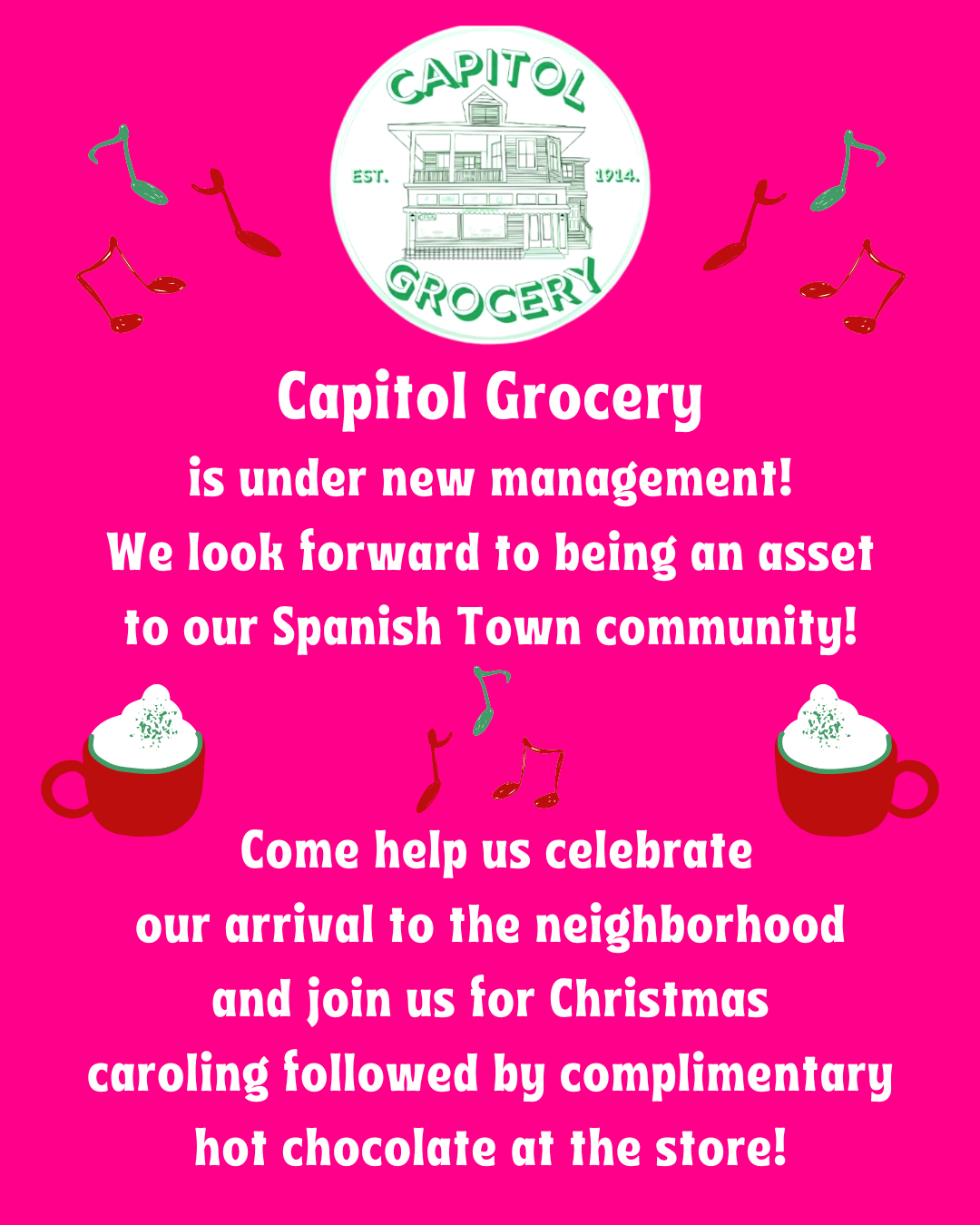