NOAA has announced that they are expecting 10-16 named storms, 5-9 hurricanes, and 1-4 major hurricanes during the upcoming 2018 hurricane season, predicting a near- or above-normal season. Dr. Neil Jacobs, Dr. Daniel Kaniewski, and Michael Silah made the announcement at NOAA’s Aircraft Operations Center in Lakeland, Florida. NOAA took this time to also discuss some of this year’s model upgrades, forecast products, and observational enhancements for the 2018 season.

NOAA’s outlook falls in line with the current predictions from CSU and Accuweather, expecting a slightly above average year. They attributed the heightened season to a relatively neutral year in terms of El Niño/La Niña, and warm western tropical Atlantic waters. NOAA did discuss how there may be a weak El Niño setting up toward the end of the season, which could decrease the potential for tropical development, but as of now they are expecting that to occur well after the season has concluded.

CSU’s extended range forecast, which is made two months before the onset of hurricane season, does not have an impeccable track record. Over the last 23 years, they have only correctly predicted the number of hurricanes once, which was in 2008. In the named storms category, CSU’s early forecast has been correct 3 out of 33 years (9% of the time), and has over-predicted that number 17 out of the 33 years (52% of the time). When looking at the August update though, the forecast is much better, correctly predicting above – or below-average seasons about 80% of the time. 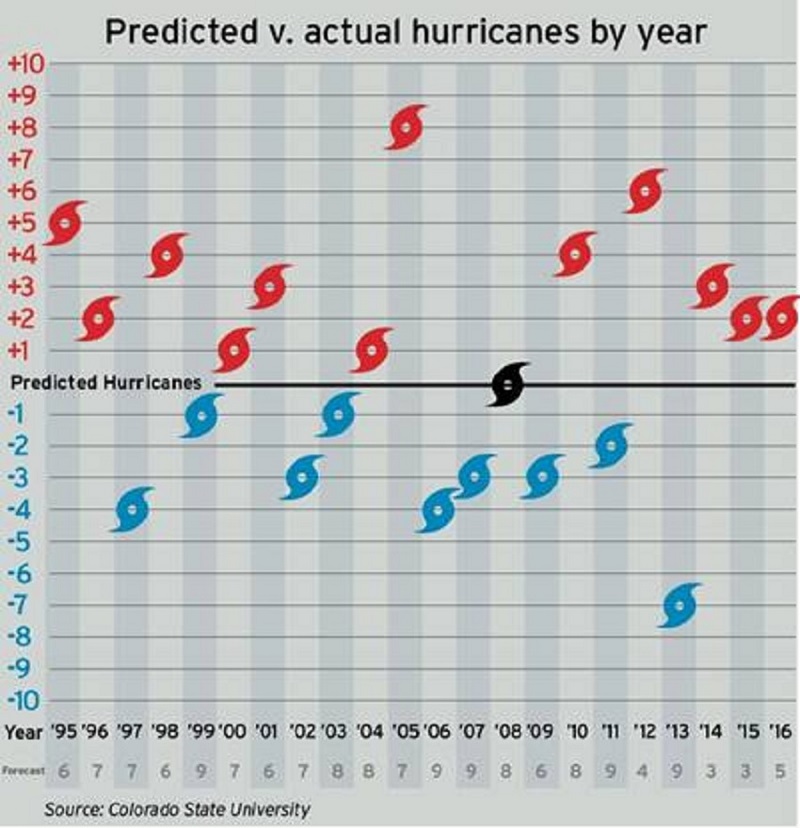 NOAA has a much better track record when discussing above- or below-average years before the start of the season. They get it right 70% of the time, but that did not happen last year. They predicted 11-17 named storms, 5-9 hurricanes, with 2-4 becoming major, at or above category 3 status. The 2017 season was rather active, the 7th most active season on record, culminating in 17 named storms, 10 hurricanes with 6 becoming major hurricanes. The thought last year was that a weak El Niño would develop, helping to produce shear and "topple" the storm over. The opposite occurred, and a weak La Niña set up, helping to suppress shear and allowing the storm to "stack" and develop easier.

So many more tools will be at NOAA’s disposal this year, including more robust earth observing satellites including GOES 16, GOES 17, and NOAA-20 Polar Orbiting Satellite. These satellites are key in determining what is happening in the middle of the Atlantic, where few instruments exist. They are also incorporating a new hurricane model, HMON, which creates a much more defined, vertical picture of the storm, allowing for superior track and intensity forecasts. 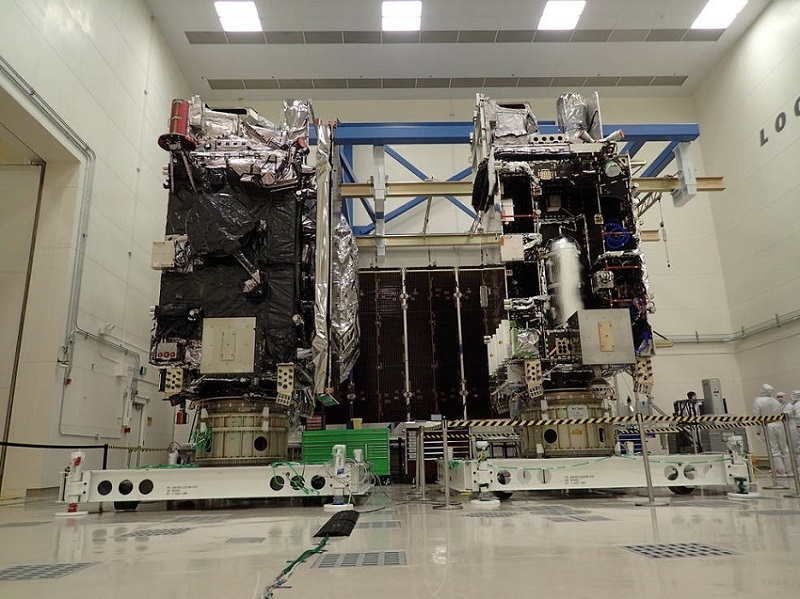 GOES-S (right) alongside GOES-R in a clean room at Lockheed Martin in Littleton, Colorado, just prior to GOES-R shipping to Kennedy Space Center in Cape Canaveral, Florida to prepare for launch in 2016. Both satellites are currently in orbit, as GOES-S just joined at the beginning of March. Photo Credit: Lockheed Martin

The thing to always remember with these seasonal outlooks, is that it only takes one. There is some skill to this and even scientific application. However, there currently is no ability to predict where those storms will develop or move. Much like a skipper may predict how many pitches the opposing pitcher may throw, there is no telling if they will hit the strike zone. That is why we need to be ready. It only takes one to make a bad season.

The WBRZ weather team is always keeping an eye over the tropics and the Atlantic, and will keep you informed of any potential storm through on-air, website, and social mediums. For all current tropical storm, track, and information, visit our Hurricane Center, and stay connected through our Weather App, and through our Facebook and Twitter Accounts. That way if power goes out, you are still informed of developments and any new watches or warnings in your area.