NASA works to finalize production of $9.7 billion telescope that will replace the Hubble

The astronomical community is eagerly anticipating the finalized construction of an over $9 billion device that, once set up and ready to use, will be 100 percent inaccessible to a hands-on repair crew.

The decision to put so much money into the production of a tool that can't easily be repaired may sound odd, until its background and purpose are understood.

The much-anticipated device is the James Webb telescope, an instrument that will eventually find a home in space, where it will offer our terrestrial audience an unprecedented view of the cosmos.

The telescope is named after James Webb (pictured below), a former attorney, businessman, and federal servant who went on to become NASA's Administrator from 1961- 1968.

When President John F. Kennedy asked him to lead NASA, Webb was initially hesitant and later admitted, "I felt... I was not really the best person for this anyway. It seemed to me someone who knew more about rocketry, about space, would be a better person."

Despite his self-doubt, Webb went on to make history as, according to NASA, someone who "many believe... did more for science than perhaps any other government official." 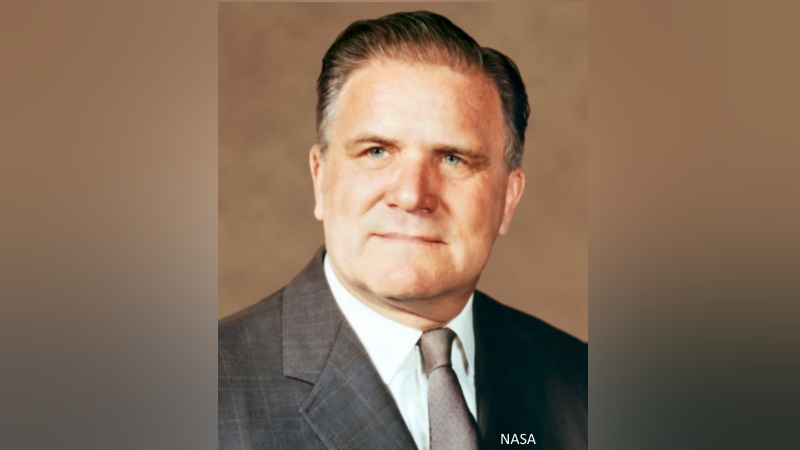 The telescope created as his namesake is the successor to the famous Hubble Space Telescope, which currently orbits about 340 miles above Earth.

Much more powerful than its predecessor, the James Webb Telescope will be sent to a relatively far-flung location, 1 million miles from Earth, where it will capture visuals of space that are expected to surpass our most popular images of the universe, many of which have been provided by Hubble. 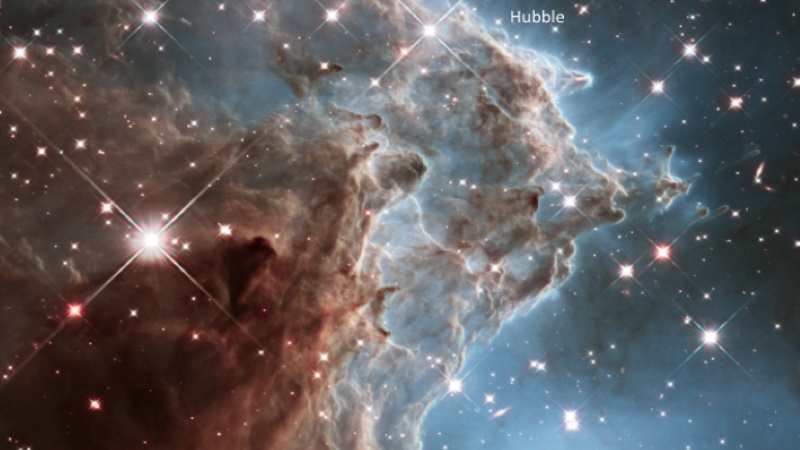 According to National Public Radio (NPR), Webb will be able to capture light that's been traveling for almost the entire history of the universe thanks to its design, which allows it to see near- and mid-infrared light that is invisible to human eyes.

This is a marked difference between Webb and Hubble, as the latter instrucment primarily captures the kind of optical light that we can see.

Webb's huge mirror is divided into segments, so that it and a five-layer, tennis court-size sunshield can fold up inside a rocket and later unfurl.

Technicians view the primary mirror for the James Webb Space Telescope, and a thin gold coating on its mirror segments improves the reflection of infrared light.

The telescope's costly design gives it the ability to view older, colder objects and see through dust.

Hubble images, in contrast, often include dust that distorts stars and other objects. While this distortion can have an artistic effect on Hubble's images, it also makes analysis of certain objects difficult for scientists who use these images as a basis for study.

NPR quotes Cornell University astronomer, Nikole Lewis, in this regard.

Lewis said, "A lot of those iconic Hubble images are because you are seeing dust scatter light all over the place, which is beautiful. But it makes it really hard to study the stuff that is inside."

Created and launched into space in 1990, the Hubble became the gold standard for outer space imagery, but Webb's images are expected to shed new light on our universe and lead to an increased understanding of the domain beyond earth's borders.

NPR reports that the James Webb team remains mum on what pictures it plans to release first, only saying that the images "are intended to be jaw-droppingly beautiful, powerful, both visually and scientifically."

Webb's launch into space is scheduled to take place December 18, and if all goes as planned, the first images should arrive by next summer.