FLORIDA- A photo shared on Twitter has quickly gone viral after two little girls who share the same birthday claimed to be twins.

"My sister and her bestfriend think that they’re twins because they have the same birthday," Victoria, who goes by @vickto_willy on Twitter, shared. An accompanying picture shows two little girls, Jia and Zuri, who look nothing alike, dressed in princess costumes.

My sister and her bestfriend think that they’re twins because they have the same birthday and this was the outcome.. pic.twitter.com/x1dCZmIip3

Jia's mom later posted another photo saying that her daughter began crying after another child at a birthday party said, "there is no way you and Zuri are twins you don’t have the same color skin!"

Jia's mom said the girl responded, "you don’t know anything, we are twins because we have the same birthday and the same soul." 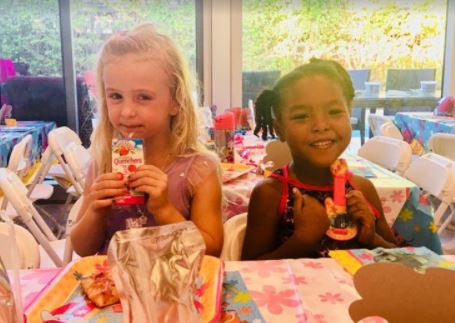 Jia and Zuri's special bond has won over the hearts of the internet.