After the incident, a woman named Minnie John identified herself as the hiker. John, native of New Jersey, explained that she and her family had been hoping to make their way to the Delicate Arch, which is the 46 foot high and 32 foot wide largest free-standing arch in Arches National Park.

But when she was approaching the arch, John suddenly realized she'd forgotten to eat since breakfast, a factor that may sound insignificant to most people, but can be life-threatening to someone with diabetes.

She was reminded of her oversight when her blood sugar suddenly plunged and this, coupled with severe dehydration, put her in a state of near-disorientation. Dizzy and forced to stop, John sat on a rock to avoid fainting and told her family to continue without her.

Soon after they left, she passed out.

"All I remember is sitting there with my head in my hands secure on the rock," John wrote in a Facebook post. "Next thing I hear someone with a familiar voice kept asking me questions."

John looked up to find herself surrounded by Julie Bowen and Bowen's sister Annie Luetkemeyer.

The two were also hiking to see the Delicate Arch when they saw John lose consciousness.

The sisters ran to help John and discovered that while fainting she'd fractured her nose.

Luetkemeyer happens to be an infectious disease specialist and she was able to take care of John right away by cleaning her wound, providing her with electrolytes, medicine and food. Meanwhile, Bowen acted as an assistant.

"I had no strength in my feet," John said. "Julie and Annie got both my arms, lifted me up, and put me on the same rock I'd fallen off of. My eyes came into focus and I saw Julie in front of me as Annie was still talking to me."

Once she was seated, Bowen and Luetkemeyer used John's cellphone to contact the sick hiker's family and John asked for a group photo.

John said. "They were so down to earth, so genuine, so sweet: Not at all how you might expect a big actor or a big doctor to be -- which they are. They were just so humble, so loving."

She added that she was truly amazed by Bowen and Luetkemeyer's kindness.

"I knew I'd never meet them again but I appreciated and admired the human part of what they did -- selfless, not selfish," she said. "We tend to forget the daily kindnesses we encounter. We're blind to everything around us and don't imagine that people will be so good, kind and caring."

John was eventually treated at Moab Regional Hospital where she received five stitches and doctors comforted her by telling her a number of hikers don't realize how difficult the trail she took on actually is. Especially given the heat, many of these visitors take on the hike ill-prepared.

The star's famous role as the lovable yet neurotic Claire Dunphy continued through all 11 seasons of 'Modern Family,' which aired on ABC from 2009-2020. 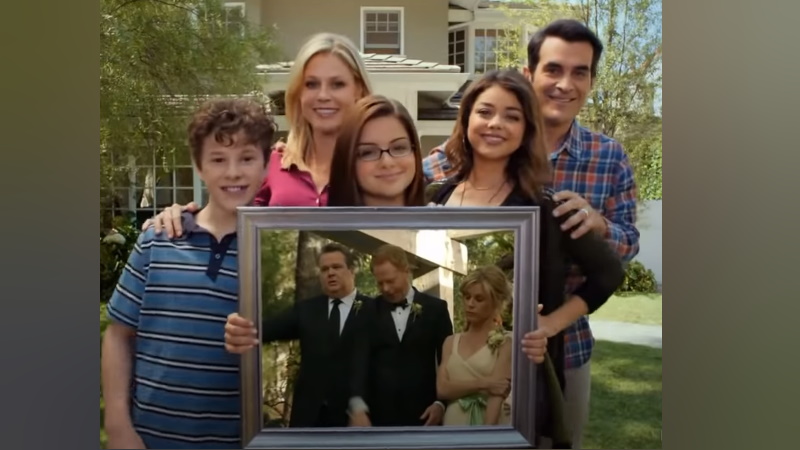