Mild start to week as we monitor cold air up north

Most of the week ahead will bring well above average temperatures. Some passing showers are possible earlier in the week with a better chance for rain on Thursday. Much colder temperatures will arrive into next weekend, though the extent of the cold remains unclear.

The Next 24 Hours: Easterly winds and thickening clouds will cause low temperatures to be well above average tonight. Numbers should stop in the upper 50s. A weak disturbance could wring out a spotty shower, but no widespread or organized precipitation is expected. Some fog could become an issue along and south of the highways. On Tuesday, mostly clouds skies early will give way to more sunshine in the afternoon as thermometers run into the mid 70s.

After That: Temperatures will stay above average on Wednesday and Thursday with highs in the 70s and lows in the 60s. As moisture increases, and another weak disturbance zips through, isolated showers may develop on Wednesday. A slow moving frontal system will move into the region on Thursday. Given the well above average temperatures and moisture for the time of year, this front should bring a period of light to moderate rain and even a few thunderstorms Thursday through Friday morning. The forecast for the weekend continues to come with lower confidence than usual. As of now, our team is expecting some lingering showers into Saturday and below average temperatures Friday through the weekend with highs in the upper 40s and lows near freezing. Expect changes and variability to this part of the forecast, so check back for updates. More detail is provided below. CLICK HERE to view your complete 7-Day Forecast.

The Explanation: A series of fast moving upper level disturbances will return clouds and some scattered showers tonight and Wednesday. With little north to south variation in the jet stream—a zonal flow—that means thermometers will gradually warm in response to southeast winds at the surface. Highs and lows will be about 10 degrees above average through Wednesday. Additionally, dewpoints will rise well above the Gulf of Mexico water temperatures meaning that southeasterly winds could advance some fog inland as far north as the I-10/12 corridor. Nights could have reduced visibility. A broad upper level trough will be draped across the northern third of the country locking very cold air into those areas. Once that upper level trough does release, the cold air that builds up behind it will likely be advanced south and this could happen toward the end of the week. A slow-moving cold front will arrive with rain and maybe even thunderstorms on Thursday. Predictability goes haywire at this point. 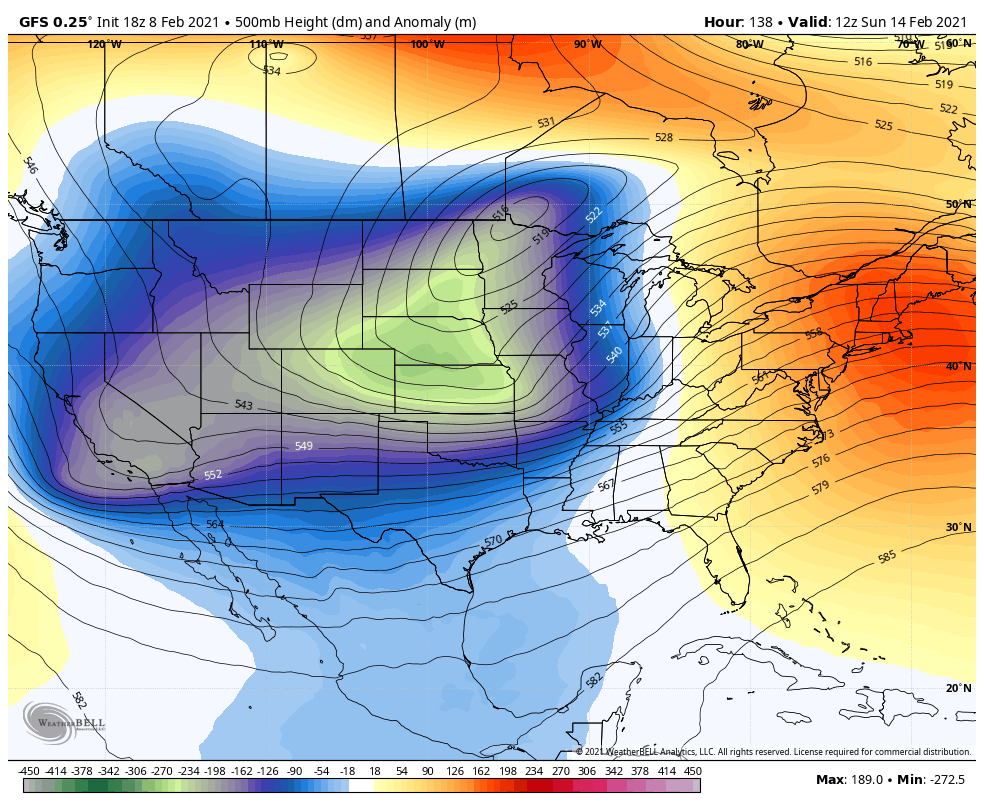 The jam up has a lot to do with the evolution of the upper level trough. It appears as though it will broaden across the United States, while also weakening. This would lead to a scenario where could air is able to infiltrate much of the United States, but perhaps moderating as it spreads southward. The American forecast model continues to suggest that a very cold air mass will invade Friday night and into the weekend with lows possibly dipping into the low 20s. It even hints at some frozen precipitation getting into the mix. The European forecast model previously had lows in the teens and has now turned around to show lows in the low 40s! 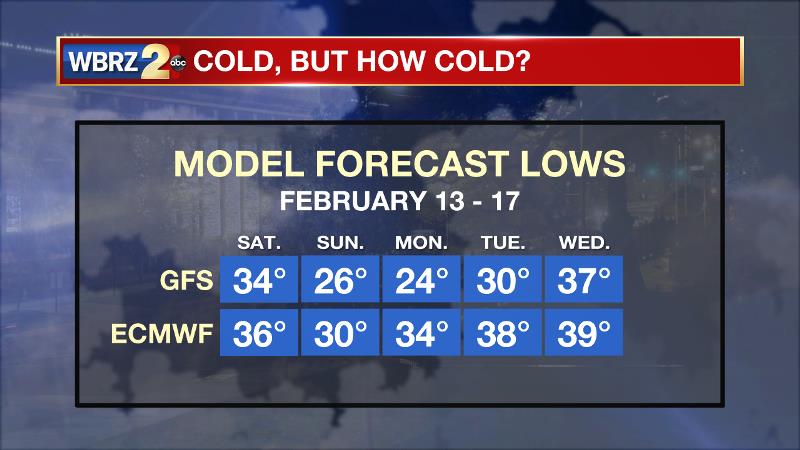 When looking at the ensemble run of the forecast models—an average of many different small tweaks to each—there is a more of a consensus. With that, it appears some near or below freezing low temperatures will be around for Saturday morning through Monday morning with a minimal, but non-zero chance for some precipitation to be in the mix as well. Clarity will come with time and that should be the case in the next day or two.