Man accused of chasing ex across town, shooting her in parking lot of Baker Police Department

BAKER - Police say a woman was on the phone with emergency personnel as she was being chased by her ex-boyfriend; he allegedly followed her to the parking lot of the Baker City Police Department and shot her.

Authorities say the man accused of gunning down his ex is Frederick Roddy.

Baker Chief of Police, Carl K. Dunn, shed more light on the incident during an interview with WBRZ.

Dunn said police received a call about the shooting around 1:30 a.m., Wednesday.

The caller, a female, was not responding to their questions about her location, but they could hear screaming in the background as she was on the phone with emergency personnel.

Baker police were able to track down the location of the woman's phone and discovered the call was made near a Walmart in the 1400 block of Plank Road.

Chief Dunn says it appears the woman was chased from that Walmart to Baker Police Department on Alabama Street, which is where she was shot in the parking lot. 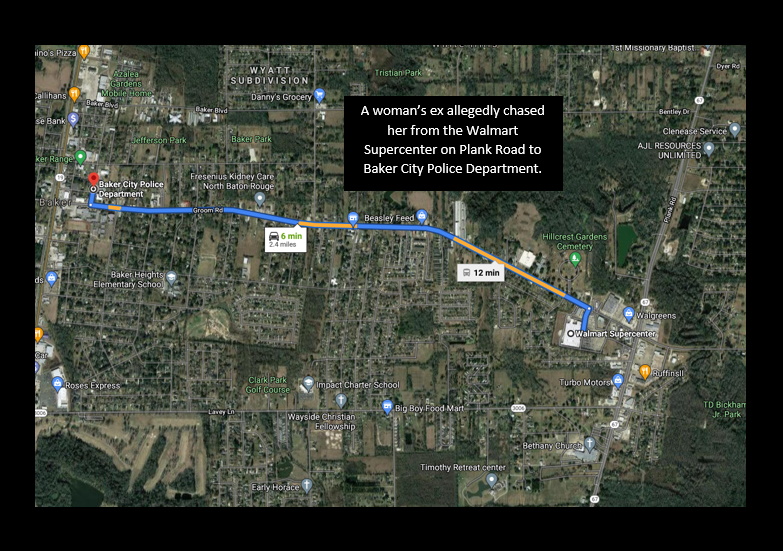 Dunn labeled the incident as domestic in nature, and at the time of the interview, said, "We are on this case and we are looking for a quick resolution to this crime and take that person off the street."

Seemingly in harmony with this sentiment, Roddy turned himself in to authorities later that day.

As of Thursday morning, he remains in police custody on charges of attempted first-degree murder, illegal use of a weapon, and criminal damage to property.