LAFITTE — As Norman Bouisse, an experienced shrimper from Jefferson Parish, stood amid the muddied and flood-damaged streets of the community he called home, he told WWL-TV, "All that can be replaced. I've still got my life. That's the main thing."

Lafitte, an unincorporated South Louisiana community with a population of less than 1,000 people, was razed by Hurricane Ida's powerful winds and floodwaters on August 29.

Bouisse told WWL-TV he somehow survived the storm while aboard his capsized boat for a total of 13 hours.

It was a frightening experience that nearly took his life. 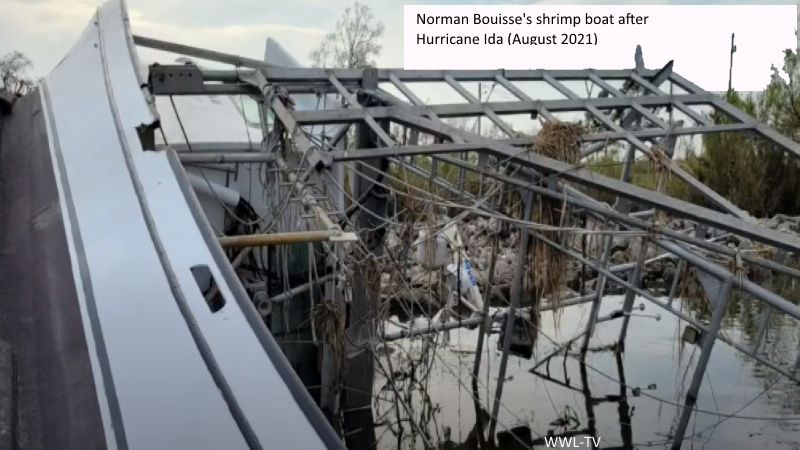 "Thank God I made it, that's the main thing," Bouisse said.

He explained that he hadn't planned to be on his boat during the storm, but intended to hunker down at home in Lafitte and ride out the storm.

Thinking he had time to check on his boat in Bayou Barataria, Bouisse made the trip to his vessel and soon found himself caught in Ida's punishing winds and rain. 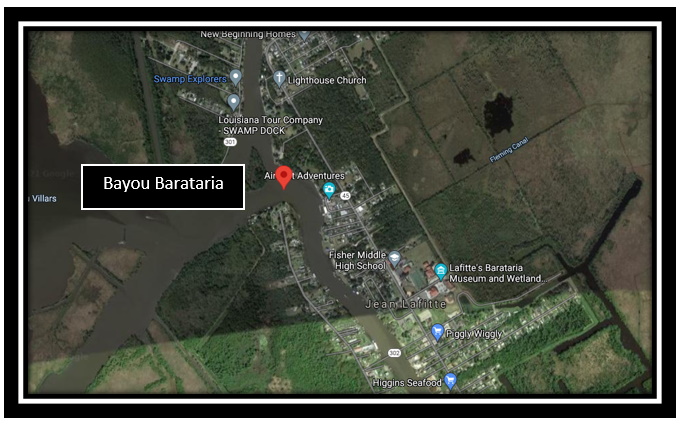 "I was on my boat and my boat broke loose and it rolled over," Bouisse explained. "I spent almost 13 hours laying on the boat and the next morning, my friend came (and) rescued me." 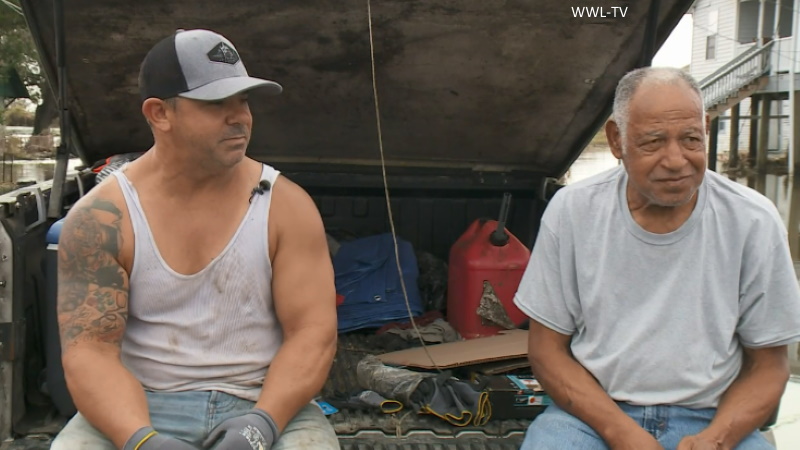 Bouisse's friend, Grant Bundy (pictured above), said he was extremely concerned about the older man during those 13 hours.

"I kept trying to call... he wouldn't answer," Bundy recalled. "And we couldn't do nothing, it was blowing 120 mph. When we came in the road, his boat was gone. And they got some guys that stood next door to us. They said, "You looking for that skiff?" I said, "Yeah." They said, "There's a old man in that skiff, it bust loose and got flipped over in the bayou."

Bundy said he immediately went to the boat and pulled Bouisse out.

Bouisee's appreciation for his friend was obvious as he told reporters, "He didn’t give up cause he was all night waiting to come and get me. If it wouldn’t have been for him... it was terrible."

One week after Ida, as the two recounted the incident they still seemed shaken by it.

The two friends are among dozens of locals impacted by Ida's path of destruction through south Louisiana.

In addition to leaving behind a trail of emotional trauma, the hurricane also left residents with a slew of physical wreckage to deal with.

Bouisse and his neighbors now face the challenge of rebuilding their community.

But even as the experienced shrimper acknowledged the reality of his situation, he refused to adopt a defeatist outlook.

While speaking with reporters, his resolve to move forward was visible as he shifted gears and said, "Thank God I made it. Guess we'll start over again. It's all we can do."

Bouisse confirmed that his home is livable and told reporters he's had to rebuild several times in the past after storms.

More than a week after Ida, 76,983 utility customers in Jefferson Parish are still dealing with outages and area schools remain closed as officials respond to extensive hurricane-related damage.