Jupiter, the largest planet in our solar system, will be the closest to Earth at 10 PM on June 12, 2019. The distance, a mere 398 million miles from our planet, will be at its closest pass to us for all of 2019. Jupiter will be able to be seen with the naked eye, just look toward the southeast after sunset. The planet is set to slowly rise overnight, eventually setting toward the southwest just before daybreak. Some of Jupiter’s moons will also be on display, but you will need binoculars to gain a view of its 79 moons. The apparent magnitude will be around -2.6, which makes it the brightest celestial body in the night sky, even brighter than Sirius which is usually around a -1.4. Apparent magnitude is the scale of brightness as referenced to Vega, with Vega being a magnitude of 0. The more negative the magnitude, the brighter the star or planet. 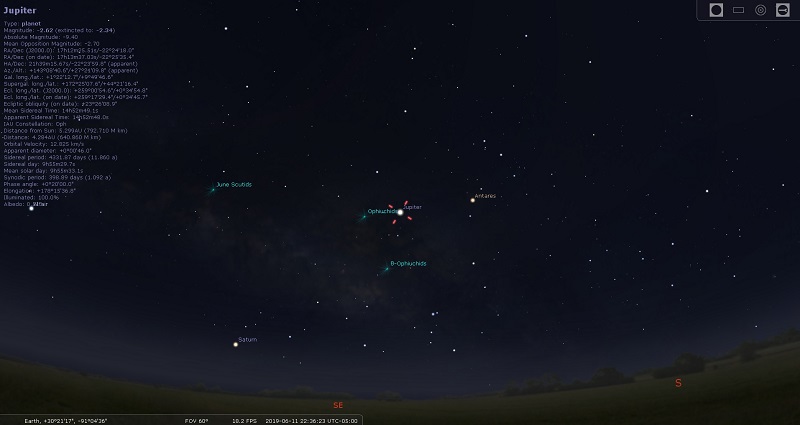 Jupiter has helped to mold our understanding of space and enhance our ability to explore the outer reaches of our solar system. On January 10, 1610, Galileo Galilei discovered the first moons beyond Earth by observing three of Jupiter’s moons through a homemade telescope. Jupiter is by far the largest planet in our solar system, more than twice as large as all the other planets combined. If Earth were the size of a grape, than Jupiter would be the size of a basketball. In 1962, scientists calculated how to use Jupiter’s intense gravity to hurl spacecraft into the farthest regions of the solar system, since rockets are not powerful enough for a spacecraft to make it into outer space by rocket power alone. Since then, nine spacecraft have visited Jupiter in total, with seven fly-bys to venture deeper in space, and two that have orbited. Juno, the most recent, arrived in 2016. 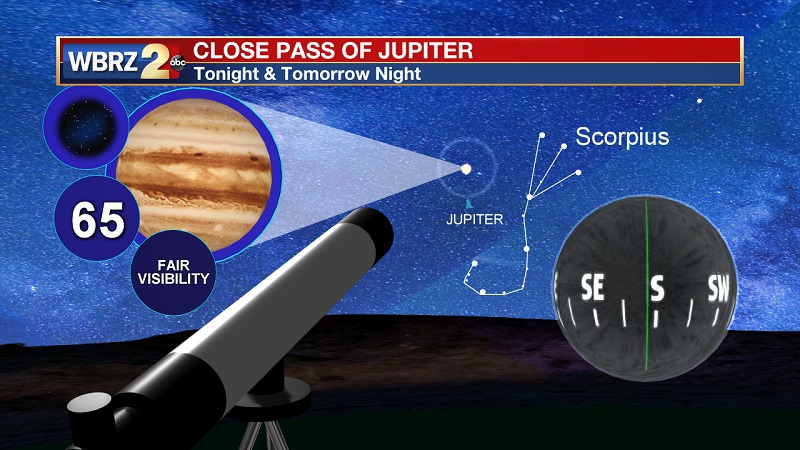 Make sure to look toward the southeast in the night sky to view the Gas Giant over the next several days, because it was that view which laid the foundation for deep space exploration.