First responders with the Baton Rouge Fire Department were called to the 2000 block of Vickers Drive shortly before 7 p.m. 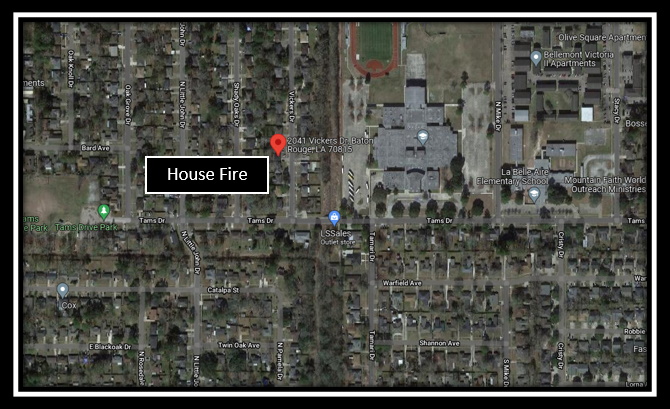 Upon arrival, firefighters noted that all four of the home's occupants made it out safely.

But fire was ravaging the house.

First responders saw that flames and heavy smoke were consuming a rear bedroom, and they worked quickly to extinguish the blaze.

No one was injured during the incident, but the fire caused $30,000 in damages.

The four individuals who were living in the home have been temporarily displaced due to the fire.

One study estimated that candles cause approximately 15,600 house fires, 150 deaths, and 1,270 injuries annually.