Tonight and Tomorrow: Cloudy skies tonight, with showers ramping up and moving onshore overnight. Heavy rainfall is possible into Monday morning, as flash flooding will be the main concern. We can expect around an inch of rainfall tonight, with isolated spots picking up 2-3”. Temperatures will be slow to cool near a low of 73° with 5 to 10 mph winds out of the south. A Flash Flood Watch is in effect through 7 AM Monday morning across our entire area. Scattered showers and storms continue into Monday, slowly tapering off late in the day. Temperatures will reach a high of 87° with 5 to 10 mph winds out of the south. 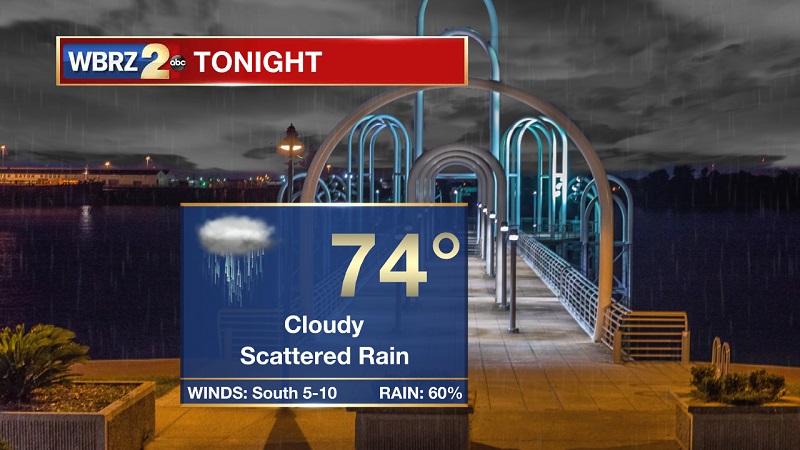 Up Next:  Scattered showers and storms continue through Monday, before being more confined to afternoon hours Tuesday and Wednesday. We begin to slowly dry out through the remainder of the workweek as temperatures rebound back into the low 90s. 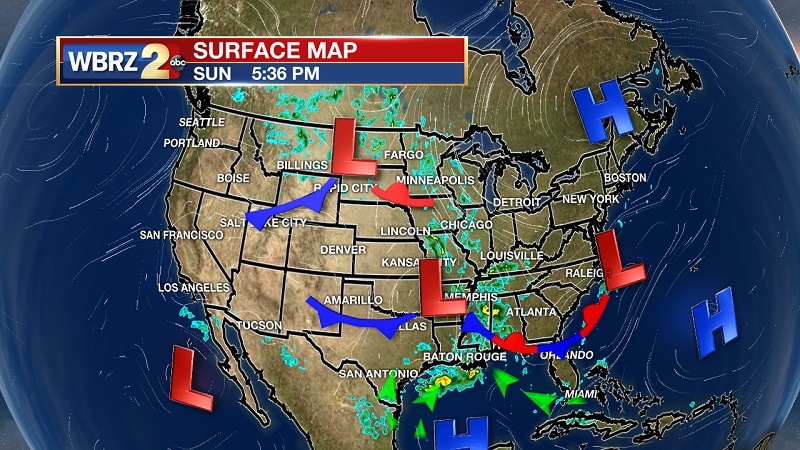 The Tropics: Tropical Storm Dorian continues to strengthen. It is currently located about 375 miles east-southeast of Barbados and 485 miles east-southeast of St. Lucia. Current maximum winds are 50 mph, and it is moving west at 14 mph. A tropical storm warning is in effect for Barbados, St. Lucia, and St. Vincent. A tropical storm watch is in effect for Martinique and Grenada. Doran is moving toward the west near 14 mph, and this motion should continue through tonight. A turn toward the west-northwest is expected on Monday, with this motion continuing through Tuesday night. On the forecast track, the center of Dorian is expected to be near the Windward Islands late Monday or early Tuesday and move into the eastern Caribbean Sea on Tuesday. Maximum sustained winds have increased to near 50 mph with higher gusts. Additional strengthening is expected during the next few days, and Dorian could be near hurricane strength by Tuesday over the eastern Caribbean Sea. 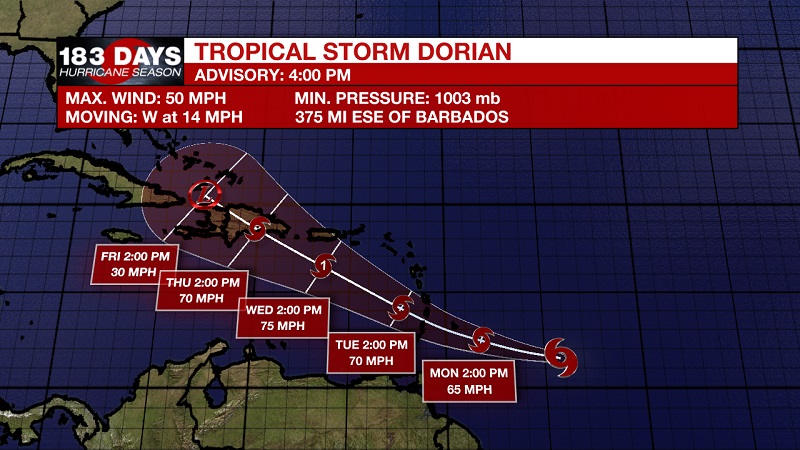 We are also monitoring a tropical wave off the east coast. Recent satellite wind data indicate that the circulation of an elongated low pressure area centered about 350 miles south-southwest of Cape Hatteras, North Carolina, has become a little better defined. While the associated shower and thunderstorm activity is currently poorly organized, environmental conditions appear conducive for gradual development, and a tropical or subtropical cyclone is likely to for within the next few days while the system moves slowly northeastward well offshore of the southeastern United States. The Air Force Reserve Hurricane Hunter aircraft mission scheduled for this afternoon was cancelled. However, another aircraft is scheduled to investigate the system on Monday, if necessary. The National Hurricane Center is forecasting a 70% chance of tropical development within the next 2 days, and that increases to 80% within the next 5 days. 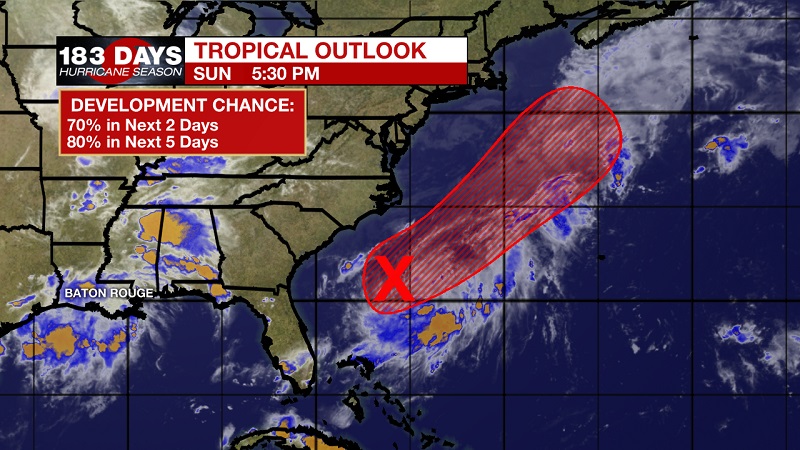 This shortwave trough stays offshore and moves to our east near Alabama and Georgia Monday, before pushing more inland on Tuesday. This will allow for scattered rain and storms to again develop during the late morning and afternoon hours. A surface boundary creeps into the area on Wednesday, which should focus shower and storm activity along this front as it pushes in during the late morning and early afternoon hours. There is some dry air in the mid-levels, which could support some deep convection, heavy rain, and gusty winds in some cells. Conditions dry quickly Wednesday night as a stable and dry air mass moves in to bring pleasant weather into our area. Lows around 70 and highs in the low 90s, under sunny skies through Saturday.