Scattered showers and thunderstorms remain in the forecast through most of the week. While the extreme flooding ongoing in southeast Texas and southwest Louisiana is not likely locally, some issues could still develop.

A *FLASH FLOOD WATCH* is in effect through Wednesday for parishes west of the Mississippi River, including Pointe Coupee, Iberville and St. Mary Parishes. This could be adjusted east, depending on developments over the next two days. 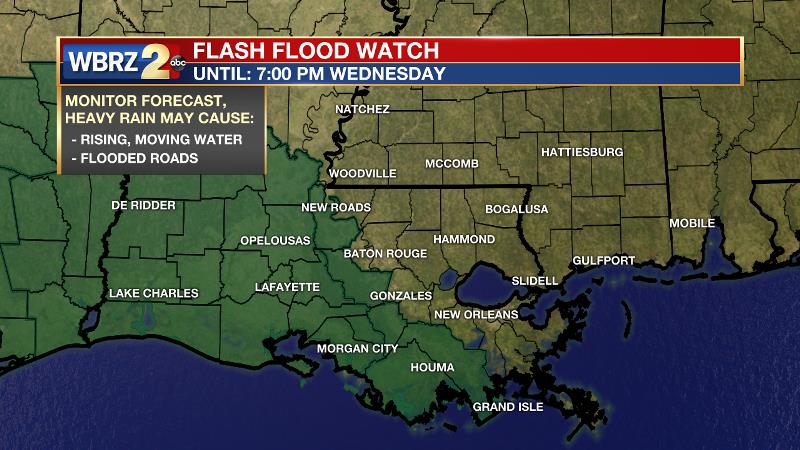 Today and Tonight: Monday begins a week which will be cloudy and rainy. Showers and thunderstorms are expected through the day—heavy at times. Due to the dreary conditions, thermometers will struggle to leave the upper 70s. While activity may continue overnight, it should be more sporadic. Lows will remain muggy in the low 70s.

Up Next: Tropical Storm Harvey is drifting south of Houston, Texas toward the coast.  Catastrophic flooding is currently underway, as over 3 feet of rain has occurred in several locations with more heavy rain to come. Harvey will emerge over the northwestern Gulf of Mexico but very little additional strengthening is expected as this occurs. The National Weather Service notes, “dry air is beginning to wrap around the system, which will greatly limit the amount of reorganization and strengthening the system can achieve as it moves over the warm and moist Gulf waters.” Through the middle of the week, Harvey will lift northward, near the Texas/Louisiana border, losing strength as it moves further inland. Keep in mind though, neither the strength of wind nor the storm classification accurately describes rainfall. Therefore, a continued onslaught of precipitation is expected until the system moves away from the region or completely dissipates. 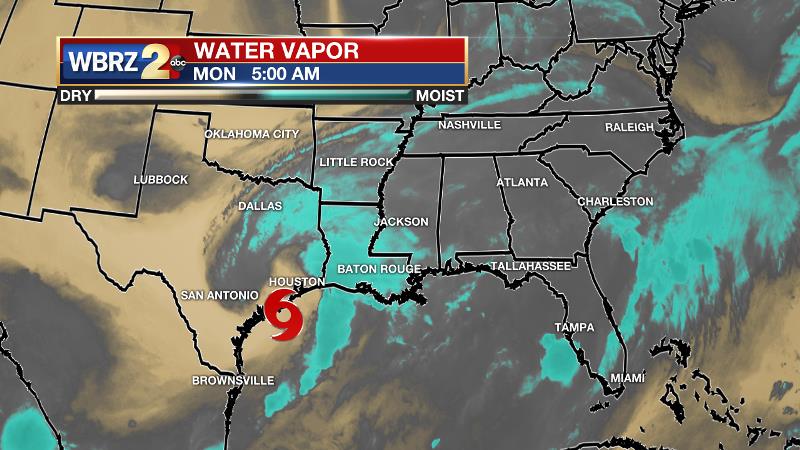 For the Baton Rouge area, the forecast track should mean that while heavy rain is still possible at times, it should not be constant and the flooding threat is much lower than that of our neighbors to the west. Much like with typical summer storms though, isolated downpours may create some localized street flooding and ponding of water through the week.

Tropical showers and thunderstorms will continue over the next several days. Through the week, the Baton Rouge area can expect an additional 3 to 6 inches of rain, which is an amount that river basins should be able to handle. The lowest amounts will occur north of I-12, over southwest Mississippi and the neighboring Louisiana parishes. The highest amounts will be southwest of Baton Rouge over the Atchafalaya Basin. Some isolated totals near 10 inches will be possible in St. Mary and Assumption Parishes. Those south of I-10 near the coast and over the Atchafalaya Basin should pay particularly close attention to the forecast. It is also worth noting, that tropical systems do increase the likelihood of tornadoes. Remember tornado safety and be alert to any warnings through Tuesday. 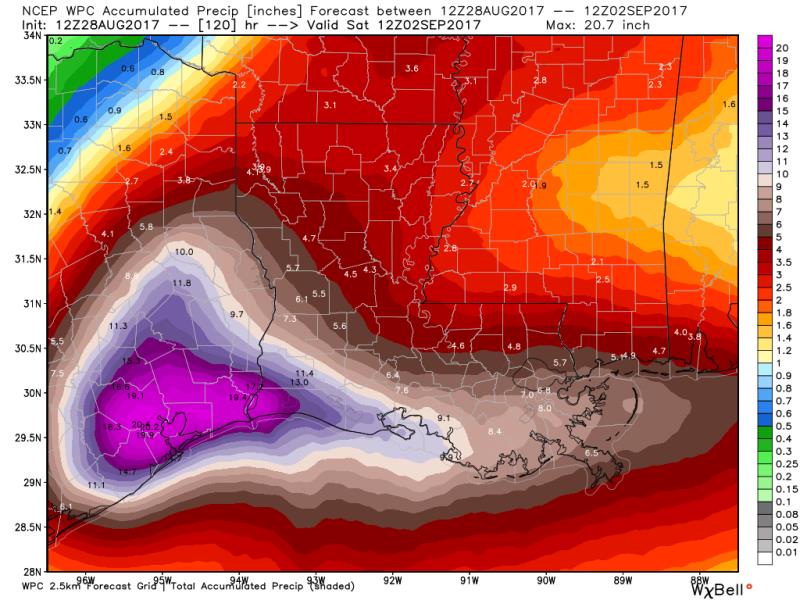 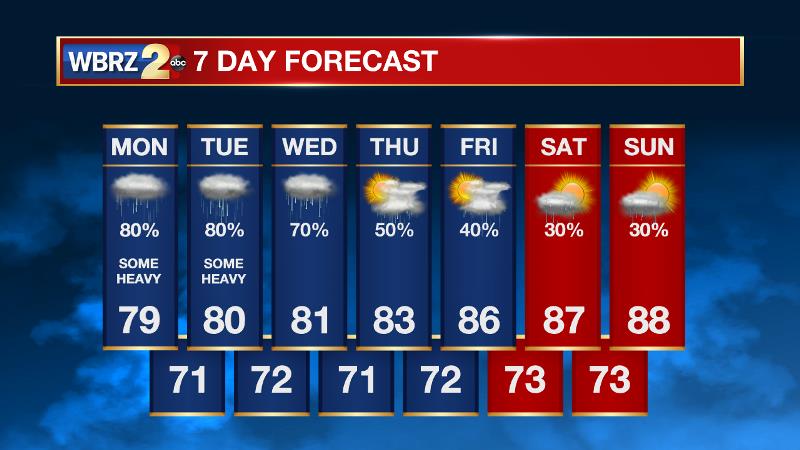