Gradual return of humidity, a few weather and health issues

After a little refresh on the summer sweltering, humidity will slowly return to the forecast area. Rain chances will be held in check until later in the weekend.

Today and Tonight:  Friday will be another mostly sunny and warm afternoon. Highs temperatures will peak around 93 degrees. A wind shift to the east is anticipated which will begin the slow increase of humidity. Friday night is expected to be mostly clear with lows in the low 70s. 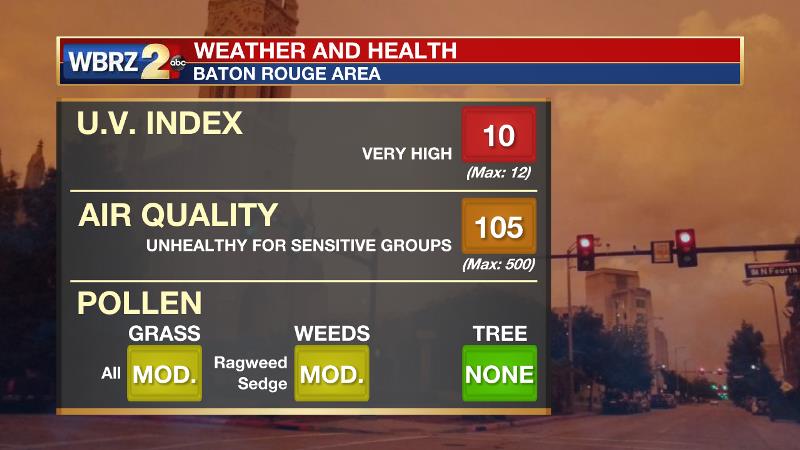 As is often mentioned in the weather and health report on 2une In, when the weather is nice, that is typically also when we experience the most adverse health effects. This is because the air is relatively calm and unmixed due to a lack of clouds and showers. A few issues have developed over the last 24 hours. Wildfire smoke from the west has increased particulate matter in the atmosphere and may create difficulties for those with breathing sensitivities. Additionally, a familiar fall culprit in ragweed is beginning to bloom as well so take proper precautions if that is an allergen that bothers you.

Up Next: As humidity returns to typical August levels, enough will then be around to trigger afternoon showers and thunderstorms again by the end of the weekend and early next week. Very little change in temperatures is expected other than increasing lows by a degree or two by early next week. 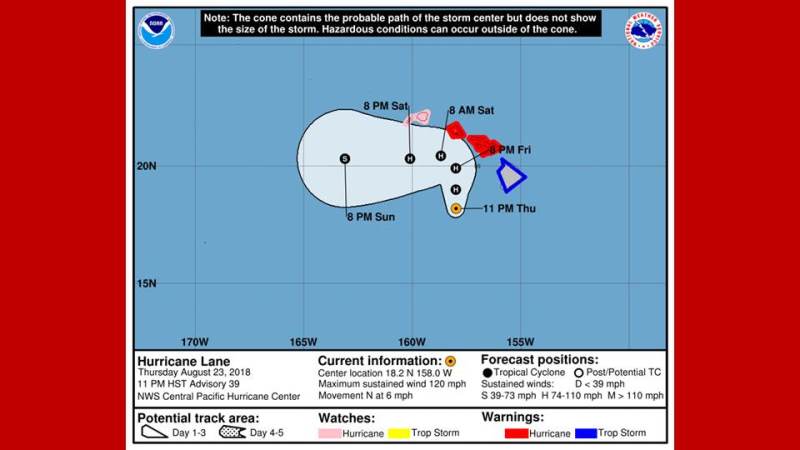 The Tropics:  A tropical wave set to move off of the African Coast will encounter slightly more favorable conditions for development in the deep tropical Atlantic next week and is given a 10 percent chance of formation by the National Hurricane Center. Elsewhere in the Atlantic Basin, all is quiet.  In the Pacific, Hurricane Lane is a dangerous category three storm that is skirting Hawaii. Lane will stay just west of the main islands Thursday through Saturday. While maximum winds of 130mph may decrease a little, serious hurricane force winds, large swells and another 15 inches of rain are expected. A major hurricane has not made landfall in Hawaii since 1871.

A 500mb ridge will move from Texas to North Carolina over the next few days. Subsidence beneath the advancing ridge should continue to limit convective development. Slightly less humid conditions may continue through Friday before return flow puts an end to that. Forecast models leave the upper level ridge in place through much of the weekend, which will serve to keep temperatures seasonably warm. As this ridge moves farther east into early next week, subsidence will decrease and afternoon showers and thunderstorms will become more numerous. Some easterly waves sliding east to west across the Gulf Coast, beneath the ridge may also enhance development. The most pronounced wave on the forecast models is shown for Monday so we have included higher rain coverage in the forecast for that time.