A *FLOOD WATCH* has been issued for East Feliciana, northern Tangipahoa, Pointe Coupee, St. Helena and West Feliciana parishes as well as Amite, Pike and Wilkinson counties through Wednesday evening. Runoff from excessive rainfall may result in flooding of rivers, creeks, streams, and other low-lying and flood-prone locations. Rainfall totals of 1 to 2 inches with locally higher amounts of 3 or more inches and high rainfall rates of 2 to 4 inches per hour will occur over already saturated soils tonight and tomorrow.  Any heavy rainfall that occurs is expected to quickly run off into area creeks and streams resulting the potential for flooding. You should monitor later forecasts and be prepared to take action should Flash Flood Warnings be issued.

Next 24 Hours: Showers will become widespread across the area by late morning. Stay aware and have a way to receive alerts in case any street flooding develops during the morning commute. After a first batch of showers and thunderstorms, high temperatures will recover into the low 80s. With a few peaks of sunshine, scattered showers and thunderstorms may flare up in the afternoon as well. Overnight temperatures will be in the mid 70s.

Up Next: There are no signs of big change as the workweek closes. Each day will bring one or two rounds of showers and thunderstorms, any capable of a quick one to two inches of rain. If there is a positive to glean from the wet weather, high temperatures can be sweltering during the end of August but rain and clouds will keep them 5 to 10 degrees below average. There are some signs of a little less action this weekend, but that is not definitive enough to bite into just yet. As of now, it looks like at least some part of the viewing area will get wet every day through next Tuesday. 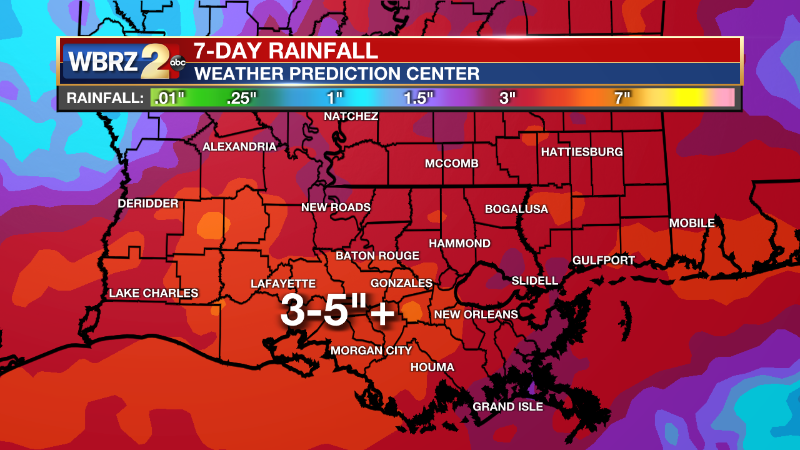 In general, additional 7-Day rainfall totals will range from three to five inches. However, isolated pockets in excess of eight inches are possible and these would be the “bullseye” or point locations most susceptible to flooding. CLICK HERE for your detailed 7-Day Forecast.

??RIVER STAGES
Even with all the rain, most rivers are expected to stay below flood stage through the weekend.
FULL FORECAST: https://t.co/Zfk7rFGubl pic.twitter.com/wAWcnTfWzP

The Tropics: A large area of disturbed weather has formed several hundred miles east-southeast of the Windward Islands.  While this system is currently disorganized, environmental conditions could become more conducive and there is a twenty percent chance for development when the system approaches the Windward Islands or southeastern Caribbean Sea. 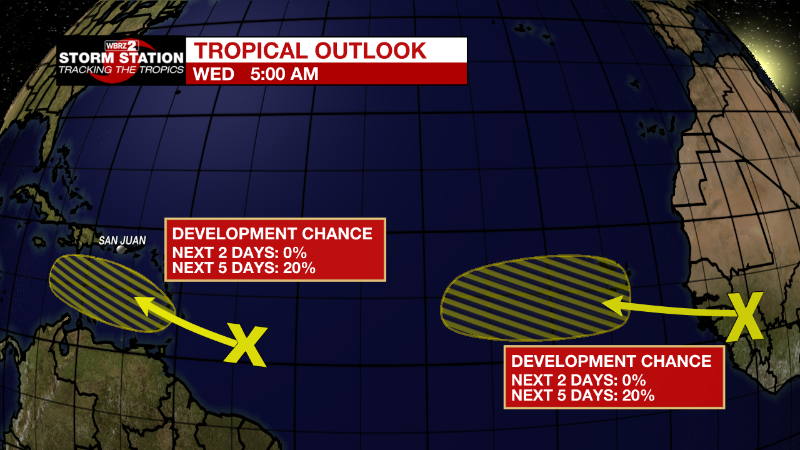 Another tropical wave is forecast to move off the west coast of Africa in a couple of days. There is a twenty percent chance that environmental conditions could support some slow development of this system late this week or over the weekend while it moves westward at 10 to 15 mph.