Even warmer days ahead, but with some showers too

For the second straight day, Capital Area high temperatures reached 70 degrees. Expect to string several more together, though some showers do come into the forecast.

Next 24 Hours: Another night of clear skies is ahead. Wednesday morning may be the final forecast period with below average temperatures for a while. Lows will be in the low to mid 40s. Then, just a few clouds could develop on another afternoon expected to reach 70 degrees.

Up Next: Thursday will begin much milder with lows in the upper 50s thanks to mostly cloudy skies. This as a weak front will sneak into the region from the north leading to a period with isolated to scattered showers through Friday. 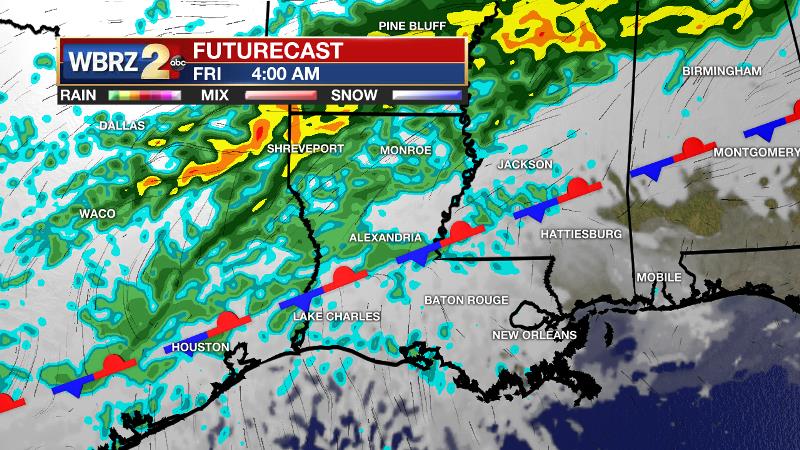 Neither day will be a washout and the best chance for rain will be north of the interstate system. Despite the dreary weather, highs should be able to reach the low 70s. The front will be forced back north over the weekend, decreasing rain chances and allowing temperatures to go even warmer. Both Saturday and Sunday could challenge 80 degrees. There is a possibility for some more active weather early next week. CLICK HERE for your full 7-Day Forecast.

The Explanation:  Continued dry air will allow a change in temperatures from morning low to afternoon high. The diurnal ranges will be around 30 degrees. Though largely zonal (west to east) wind flow in the atmosphere will dominate through the week, an upper level trough in the western United States will send a front toward the Southeast by Thursday. Leading up to this, light southerly winds will allow a slow, steady increase of moisture to the atmosphere. Once the front arrives, clouds and even a few showers will develop. This boundary will lose its momentum due to the upper level winds and go nearly parallel to the coast, stalling and meandering for several days. A shortwave upper level trough will then push across the southern third of the country on Friday and this could help to create some additional lift in the atmosphere. Still, the highest chances for showers on Thursday and Friday will remain closer to these triggering mechanisms to our north and therefore areas north of I-12 have the best shot at some light rain.  An upper level ridge will build over the Gulf of Mexico on Sunday and Monday guiding the front farther north and allowing highs to push 80 degrees. It is too early though to call it completely dry on Saturday and Sunday but the lack of forcing and general sinking motions in the atmosphere created by the ridge should preclude any organized precipitation. By early next week, forecast models are trying to resolve whether the upper level ridge can remain anchored across the northern Gulf or breakdown in favor of some upper level disturbances. Currently, the second scenario looks a little bit more likely, which would result in some periods of active weather Monday through Wednesday.