BATON ROUGE - The morning after Labor Day, just over 399,000 energy customers in Louisiana are waking up to either darkness and dangerous heat or lights and AC that are fueled by a generator.

It's been nine days since Hurricane Ida's assault on the Gulf Coast state. The hurricane left a trail of flooded homes, shredded power lines, and structural damage that will likely take months to repair. 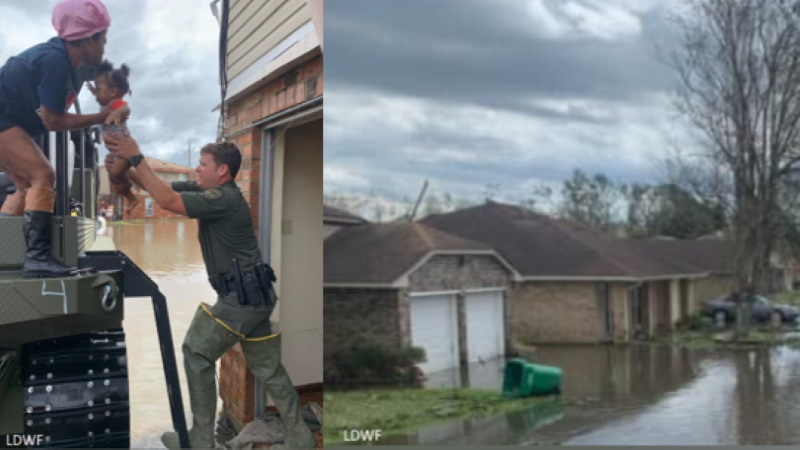 Randy Pierce, the CEO and general manager of local power company, Demco, said Monday, “The damage to our system is the worst we’ve ever seen.”

While Demco reports a total of 29,508 remaining outages on Tuesday (September 7) morning, Entergy says it's working to repair a total of 369,619 outages.

Both energy companies appear to be making headway in restoring power to south Louisiana.

On Monday, workers did not put the brakes on restoration efforts to observe Labor Day, but remained focused on their tasks.

The company also used Monday to provide Parish-by-Parish updates on power restoration efforts. Highlights are below:

East Baton Rouge: Crews are working in neighborhoods in the Central/Greenwell Springs area. Zachary repairs are nearing completion after replacement of sixty poles and twenty transformers. All critical facilities are restored.

Livingston: The Frost and LIGO substations are now receiving transmission. Crews are working on distribution repairs to restore power to members served by these substations in the town of Livingston, Killian and part of Satsuma; the vast majority of members will be restored on or before 9/9; and in Frost, Colyell and surrounding areas; estimated time of restoration is 9/11.

Crews continue to work in the Walker area; the vast majority of members will be restored on or before 9/9. In lower Livingston, in the areas of Killian and Springfield, crews are working on main infrastructure to bring up police department, businesses and stores.

The Holden substation is still not able to receive transmission. Damage is extensive and devastating, with hundreds of poles and lines down; the vast majority of members will be restored on or before 9/11.

Crews are working today to get main infrastructure to power up stores and the police department. After transmission is on, distribution repairs are estimated at four to five additional days; the vast majority of members will be restored on or before 9/15.

For members in Albany, Springfield and Pumpkin Center – one of the hardest hit areas – local restoration is projected four to six days following transmission restoration; the vast majority of members will be restored on or before 9/17.

Crews have completed right-of-way clearing from Greensburg to Easleyville, and are working their way north on Hwy 43. Several spans of line between Hwy 43 to Hwy 1045 that crosses the Tickfaw River must be rebuilt, a project estimated to take at least three to four weeks.

Tangipahoa: Transmission infrastructure is ravaged and the rebuild is estimated at three to four weeks. After transmission is restored, distribution repairs are estimated at an additional one to two weeks.

“All DEMCO employees, outside contractors and mutual-aid lineworkers continue to work to restore power to all members and we will not rest until the job is complete,” says Pierce.

Entergy: Power restored to more than half of all customers affected by Ida

Meanwhile, Entergy New Orleans reported Monday that just over a week after Ida made landfall, its linemen have assisted in restoring power to more than half of all customers who were affected by Hurricane Ida.

The company says the eye wall, which brings the most damaging winds and intense rainfall, passed nearby Taft and Laplace, Louisiana, causing widespread damage. This includes 30,679 poles, 36,469 spans of wire and 5,959 transformers. In total, the number of damaged or destroyed poles from Ida is more than hurricanes Katrina, Ike, Delta and Zeta combined.

Entergy says its specialized storm team is made up of nearly 26,000 people "who will not stop until the last light is back on."