Not only is the Atlantic hurricane season becoming busy, so is activity in the eastern Pacific basin.

Hurricane Douglas is a major category three storm, on track to impact Hawaii by this weekend. 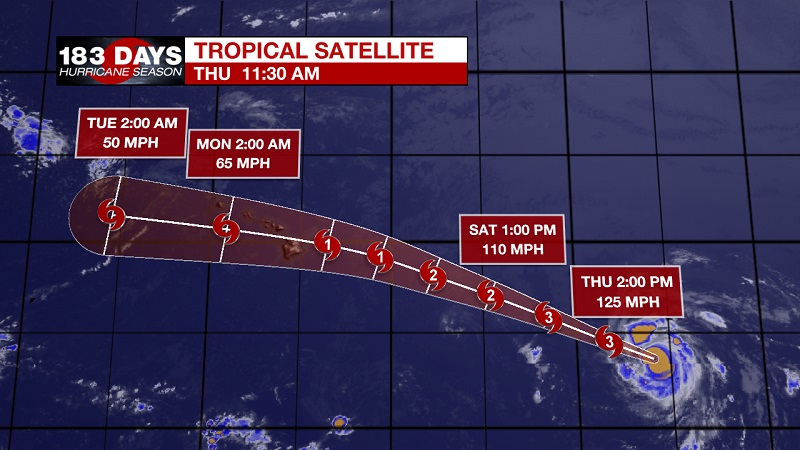 While Hawaii will still get impacts from Douglas, the major hurricane is expected to weaken as it tracks closer to the 50th state.

This is usual for storms that reach the Central Pacific.

Therefore, as storms travel from the east, they typically run into less favorable conditions.

This usually works out in Hawaii's favor, protecting them from direct strikes of major hurricanes.

There has only been one major hurricane to impact Hawaii, which was Hurricane Iniki in 1992. Iniki was a category four hurricane and caused over $1.8 Billion in damage.